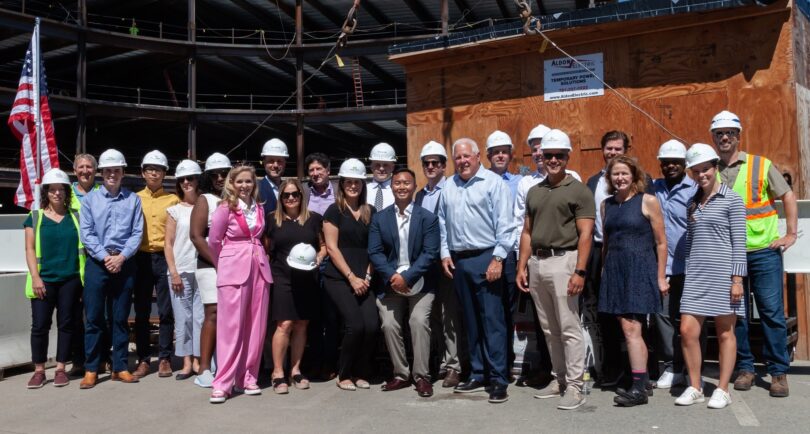 Members of the Davis, BDG and JMA teams at the topping off ceremony

Watertown, MA – The Davis Companies and Boston Development Group (BDG) recently celebrated the ceremonial topping-off of Phase One of 66 Galen Street in Watertown, a 224,000rsf, purpose-built, Class A life science building designed by Elkus Manfredi Architects. This milestone marks the completion of the structural phase of construction and positions the project to be delivered on schedule and available for occupancy in 2023. 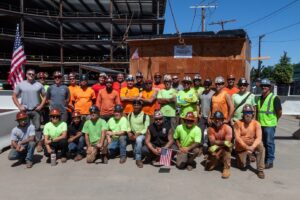 Construction workers building Phase One of 66 Galen Street posed at the topping-off of the project.

The project at 66 Galen marks Phase One of a two-part campus plan which will encompass more than five acres of land, 40% of which will be dedicated to open space. Upon final buildout, the campus will include over 450,000rsf of purpose-built lab space across two new Class A life science buildings. Substantial transportation infrastructure improvements, including traffic signalization, lane widenings, dedicated bus lanes and sidewalks, will be constructed as part of the Phase One development.

Located on the highly accessible Galen Street corridor, connecting Watertown Square to the Massachusetts Turnpike/I-90, 66 Galen Street provides access via a short drive to downtown Boston and easy access to Kendall Square via I-90 or Soldiers Field Road.  The site is located immediately adjacent to the MBTA’s Watertown bus terminal and is easily accessible from residential communities, including Boston’s urban core and its western suburbs.

“It is great to see 66 Galen taking shape and finding its place on the streetscape of Watertown. The prominence of the building and its relationship with the Charles River is all that we have planned for,” said Mike Cantalupa, chief development officer at Davis. “With the exceptional views, first-class amenity package and easy access to transportation we have an extremely attractive home for our clients’ businesses. The JMA construction team has executed flawlessly, putting us in perfect position to begin lab user occupancies as early as fourth quarter 2023.”

“I would like to thank the team at Davis for our successful partnership along with the Elkus Manfredi Architects and John Moriarty & Associates teams,” said Jodie Zussman, president of BDG. “Together, we will be able to meet the growing demands of many discerning life science tenants who are looking for properties like 66 Galen Street in a crowded market where Class A, purpose-built lab space within a growing, vibrant life science cluster can be scarce.”