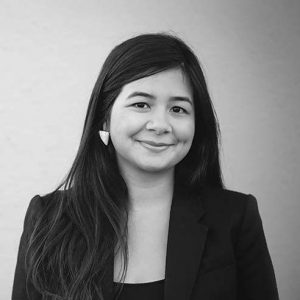 New Haven, CT – Ming Thompson, an architect member of the American Institute of Architects, Connecticut chapter (AIA Connecticut), has been selected as one of the 22 national awardees for the AIA Young Architect 2020.

As the leader of an innovative multidisciplinary firm, Thompson has proposed a new paradigm for architecture and challenged the rigid definition of practice. After years of working for firms, from traditional studios to community development corporations around the world, Thompson founded Atelier Cho Thompson with partner Christina Cho Yoo in 2014.

Equity is a hallmark of Atelier Cho Thompson’s practice, and as a woman of color, Thompson is not the average firm principal. Her work has received national attention, and she and her partner have been named “Next Progressives” in the pages of ARCHITECT magazine and “Designers You Should Know” in Contract magazine. Thompson regularly lectures on the firm’s work, and its unique business model was celebrated with IIDA’s 2019 Visionary Firm award.

In working with AIA Connecticut, Thompson has emerged as a vital advocate for equity, diversity, and inclusion in a state where women and minorities are significantly underrepresented.

The AIA Young Architects Award honors individuals who have demonstrated exceptional leadership and made significant contributions to the architecture profession early in their careers.

With offices in New Haven and San Francisco, Atelier Cho Thompson employs 14 people and has embarked on a new initiative to connect more deeply with the communities both offices serve. The firm never shies from pro bono and low-fee work. It is currently working on a community parklet to replace an abandoned New Haven lot and recently tackled a project to promote children’s food education in schools.