The U.S. District Court for the District of Massachusetts recently issued a decision clarifying when a third party who derives a benefit from a construction contract may sue for breach of that contract. In ARCO Ingenieros, S.A. de C.V. vs. CDM Int’l Inc., D. Mass., No. CV 18-12348-PBS (Mar. 22, 2019) the court held that a third party who incidentally benefited from a construction contract could not sue for breach where nothing in the language of the contract nor the surrounding circumstances suggested that the parties intended any benefit to the third party.

The ARCO case arose after the defendant, CDM International Inc., entered into a Task Order with the United States Agency for International Development (“USAID”) to assess sites and create preliminary designs for construction projects aimed at rebuilding El Salvador after Tropical Storm Ida. The Task Order also required CDM to participate in the procurement process for design-build contractors, who would use CDM’s preliminary designs as starting points for the projects.

The plaintiff, ARCO, submitted bids on specific construction projects in El Salvador based on the preliminary designs, and relied on representations made by USAID and by CDM that these designs constituted at least thirty percent of the final designs for each project. ARCO alleged that CDM’s preliminary designs contained numerous defects and were in fact substantially less than thirty percent of the final designs. ARCO filed suit against CDM, and alleged specifically in its breach of contract claim that it was the intended beneficiary of the CDM Task Order with USAID and had suffered damages due to the allegedly deficient preliminary designs. CDM filed a motion to dismiss ARCO’s breach of contract claim.

The District Court granted the defendant’s motion to dismiss the breach of contract claim, holding that ARCO was not an intended third party beneficiary of the CDM Task Order with USAID.  The court noted that “a third party qualifies as an intended beneficiary only if the language and circumstances of the contract show that the parties to the contract clearly and definitely intended the beneficiary to benefit from the promised performance.” Regardless of the fact that ARCO incidentally benefited from CDM’s studies and preliminary designs, because nothing in the language of the Task Order, nor the facts alleged suggested that USAID and CDM intended any benefit to ARCO, ARCO could not recover under a breach of contract theory.

The ARCO case is significant as it confirms the proposition that a party may not recover as a third party beneficiary under a construction contract absent a clear indication of intent to benefit that party by the actual parties to the agreement, and holds that under Massachusetts law, not all third parties who derive a benefit from a construction contract can sue for damages thereunder.

Thanks to Elizabeth Farrenkopf (Northeastern 3L) who contributed to the preparation of this alert. 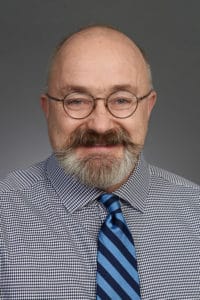