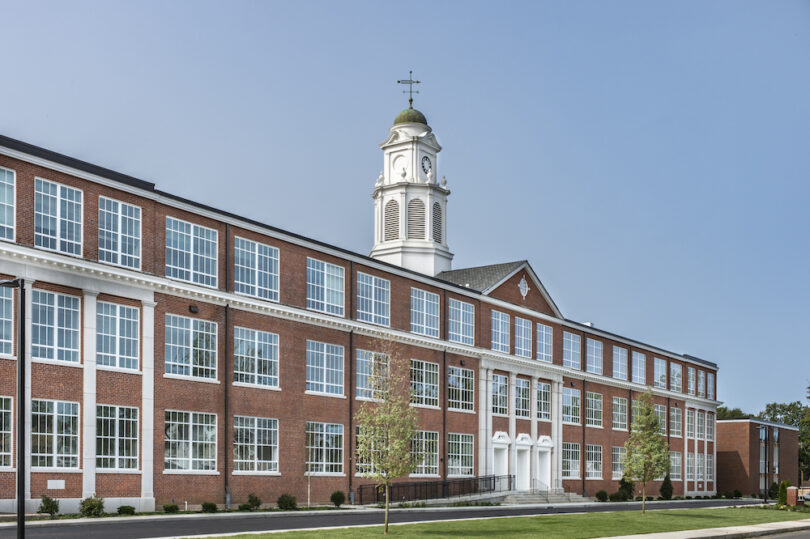 East Haven, CT – Connecticut officials and WinnCompanies, a multifamily developer and property manager, announced the opening of The Tyler, an award-winning mixed-income apartment community for seniors that will be the first historic adaptive reuse project in the United States to meet the industry’s strictest standards for energy performance.

Built under the direction of WinnDevelopment within the three-story core of the 84-year-old former East Haven High School building, The Tyler features 70 apartments for individuals aged 55+, a fitness center, craft room, outdoor courtyard, on-site management office, and a resident lounge. 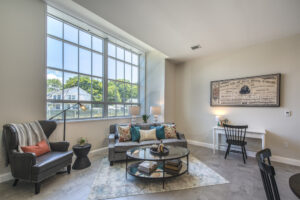 Designed and built to meet the Passive House Institute’s rigorous EnerPHit Standard with applicable historic exclusions, The Tyler is on track to certification, expecting to use 20% less energy than an ENERGY STAR new construction building. By repurposing the former school building, the community will avoid 18,000 metric tons of greenhouse gas (GHG) emissions annually – the yearly energy use of 1,900 homes. Finally, a 90-kilowatt solar PV system on the roof will contribute to even greater carbon reductions by producing more than 100,000 kilowatt hours of clean, renewable energy every year.

The Tyler is managed by WinnResidential. The Architectural Team of Chelsea, Mass. served as architect, and Keith Construction, of Canton, Mass., as the general contractor for the project.

The $21.5 million project is the first in the United States to use state and federal historic tax credits for a passive house rehabilitation.

The property includes 67 one-bedroom units and three two-bedroom units. Twenty apartments rent at market rates and 50 others are available at rents ranging from 25-80% of Area Median Income.