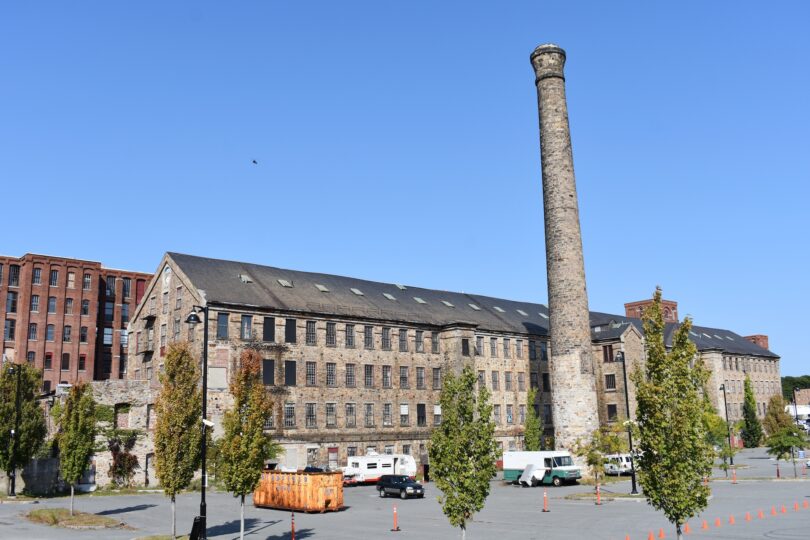 Boston – WinnCompanies announced it has received the financing commitments needed to acquire and renovate The Stone Mill, built 176 years ago by the founder of Lawrence, Mass. into 86 apartments serving families and individuals across a range of income levels.

The firm plans to begin construction early in 2022 on the $34 million adaptive reuse project, which will preserve, restore and transform the 149,220sf structure and it is expected to take 16 months.

The final piece of the project’s funding came on Oct. 15 when the Baker Administration announced that the Department of Housing and Community Development (DHCD) will support the project with federal and state low-income housing tax credits and subsidy funds as part of an effort to support the rehabilitation and production of 678 units of rental housing across Massachusetts. Financing sources include the DHCD, the Massachusetts Historical Commission, the U.S. National Park Service, MassHousing, City of Lawrence HOME funds and Bank of America.

Out of the 86 apartments, 69 will be available to residents with income at or below 60% of Area Median Income (AMI), including 11 units for households earning below 30% of AMI. The remaining 17 apartments will be rented at market rates. The completed project will include 28 two-bedroom two-bath units and eight three-bedroom two-bath units.

WinnDevelopment, working with The Architectural Team, will preserve and restore the historic features of the 4-story building, and install all-electric, high efficiency systems that will reduce the development’s long-term carbon footprint.

Stone Mill’s redevelopment will also support local workforce development, with at least 30% of all construction work performed by minority and women-owned businesses as well as skilled labor from the area.