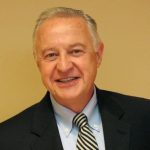 A couple of major trends are taking place in the mechanical trades in Boston, and they are important to understand.

The first involves innovation. Thirty years ago, on a large-scale commercial plumbing job, you would hear the plumbers say: “Plumbing is plumbing.” There was a sense that the trade would continue to be what it had been, more or less, since the days of the Romans when the Latin plumbum, the word for lead — gave the trade its name.

In the many hundreds of years since the Romans, the trade had indeed introduced a few innovations. By the 20th century, we were no longer using lead pipes to transport water. Cast iron drainage piping became common, and by the late years of the century various forms of plastic, including PVC and PEX, had been introduced.

Yet the trade remained essentially the same. Plumbers went out to jobs, cut holes in studs, and soldered, clamped, or glued systems together.

It was the digital revolution that caused things to change in a dramatic way. You see the innovations particularly on commercial jobs where buildings are now being fully designed back at the shop where pipe is then being cut and fabricated. Whole batteries of fixtures are now being put together under controlled conditions, before being lifted by cranes and popped in place.

Perhaps even more striking are jobsite innovations such as the use of the Trimble system, which allows the folks back at the office to determine the precise location of hangers and cores. Data is sent wirelessly out to the job, downloaded into the Trimble, and locations for those hangers and holes are identified and marked in a matter of minutes. It is a very far cry from the days when we used plumb bobs and chalk lines on the floor to fix our locations. If you had a told a plumber three decades ago that this would be the way apprentices and journeymen in the 21st century would be doing layout, they would have looked back at you with a very puzzled expression.

The second major trend in the mechanical trades — and to a larger extent, the building trades in general — is the growing shortage of skilled workers. Decades of an educational system that placed an emphasis on “going to college” had given the trades a bad rap. Few students leaving high school had been told that among their options is joining a union apprentice program, where if you worked hard, after five years you could be earning a six-figure income. Instead of being tens of thousands of dollars in debt from obtaining a college degree, a skilled craftsperson today has opportunities that often exceed those with BAs.

This is not to say that college is not useful. Indeed, we are finding that more and more of those who are joining the trades arrive with some advanced education. For instance, in recent years, during the Local #12 application process there has been at least one law school graduate. Even at the high school level, we are seeing a renewed appreciation for the importance of our vocational schools.

What is becoming apparent is that the coming retirement of Baby Boomers is opening up a whole set of employment opportunities for those willing to take on the challenges of learning a mechanical trade in the 21st century. Increasingly, there are shortages in various parts of the country of skilled plumbers and electricians.

In the years to come, the mechanical trades will take on a whole new look. And we’ll be looking for smart, hard-working young people who are ready to take on the challenges and opportunities that the building trades can offer.

That tune is changing.

Hugh Kelleher is the executive director of the Plumbing-Heating-Cooling Contractors Association of Greater Boston.