by Joseph A. Barra, Esq.

In a recent decision likely to have a significant impact upon the way private construction projects in Massachusetts are managed, the Superior Court recently construed the Massachusetts Prompt Pay Statute in the way the Statute (Statute) was meant to be enforced, but contrary to most current construction practice.

The decision involved the construction of a $3.8 million building intended to house office and lab space in the Seaport. During construction, the O/M refused to pay certain portions of seven of the contractor’s requisitions. In response to most, if not all the requisitions, the O/M provided an e-mail or a letter rejecting the invoices in some fashion, but did not comply with the Statute’s exacting requirements for a proper response.  Specifically, the Court held, “While [the O/M’s responses] may have been timely in rejecting some of the Requisitions, they did not specifically reject a Requisition in dispute, did not include an explanation of the factual and contractual basis for the rejection, and did not include a certification that the rejection was made in good faith.”

Notably, the Court rejected the O/M’s claim that its failure to comply with the Statute’s requirements were “merely technical errors.”  In awarding the contractor relief, the Court exercised its seldom-used authority to enter separate and final judgment against the O/M – even though other issues in the case remained unresolved. When ordering the O/M to pay the contractor’s outstanding invoices, the Court reasoned that the Statute’s provisions are “mandatory…and reflect a public policy to ensure that contractors receive prompt payment, or prompt and complete notice of objections to payment requests….”  Equally important was the Court’s holding that “whatever objections [the O/M] may have had under the Contract to the Requisitions were waived.” (Emphasis Added.)

The following are only some of the lessons learned from the decision:

The MA Construction Bar has been waiting for a decision interpreting how strictly the Statute would be interpreted since it was first adopted ten years ago.  This decision is thus a loud warning bell for owners, their construction agents, their project managers and design professionals (who have construction phase responsibilities) as well as contractors, subcontractors and CM constructors to pay close attention to the Statute’s exacting requirements. 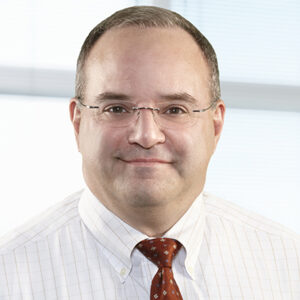 Joseph A. Barra is a partner at Robinson & Cole’s Boston office, focusing on construction law.