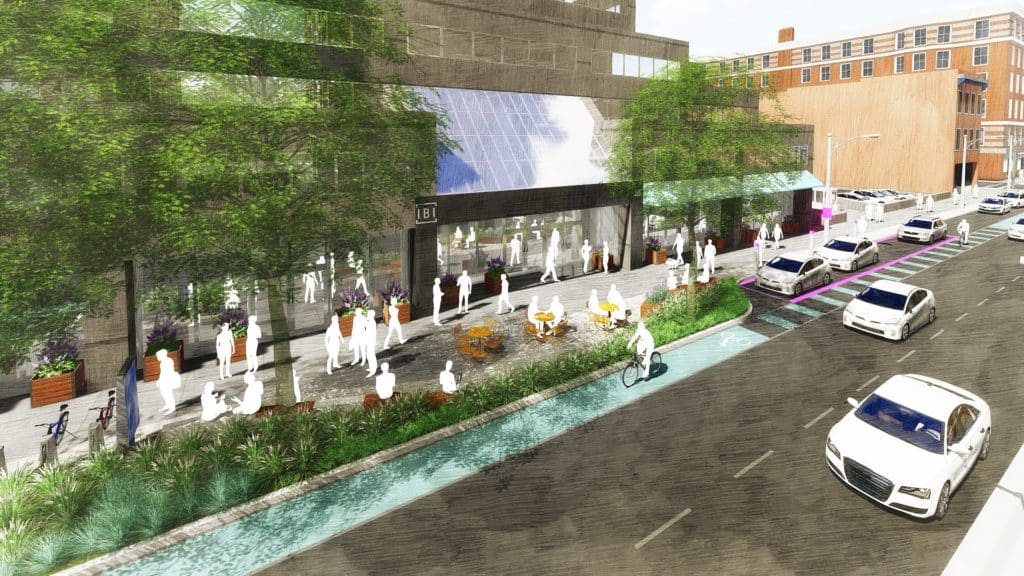 In cities across the United States, municipalities are sitting on some of today’s most valuable real estate and dedicating much of its use to storing private vehicles. I am not talking about parking garages, but rather the roughly 10- by 20-foot curbside parking space, paid for by the quarter-hour, at rates drastically below market value — what amounts to a bad deal for cities and their constituents. 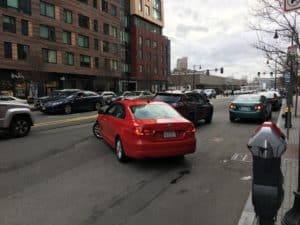 However, the problem with street parking goes far beyond a city promoting single occupancy vehicle use while bringing in parking revenue. As the general population is migrating to cities and expected to continue to do so, the ability to get around these cities is needed now more than ever. Since most cities do not have room to build new roads or add lanes to increase capacity, they must instead focus on maintaining, upgrading, and maximizing the use of their existing transportation assets. In other words, cities must ensure that the entire roadway profile is as efficient, smart, and adaptable as possible. Often, the most overlooked contributor to this efficiency is the demand, type of use, and the duration of stay for vehicles requiring use of the curbside.

Ride share companies have brought about a new era in people’s ability to get around cities, while they are simultaneously bringing that era to a halt through congestion. Some recent increases in congestion within urban areas are due to rideshare vehicles on the road, but another cause has come from these same rideshare vehicles having no place to safely pick up and drop off their passengers. Instead, most drivers simply stop wherever they can and double-park in traffic lanes, block crosswalks, and similar behaviors that slow traffic and cause other drivers to make dangerous maneuvers to bypass these stopped vehicles.

While the driver and rideshare app companies are partially responsible for the illegal and dangerous behavior of picking-up and dropping-off passengers in travel lanes and other locations, the cities themselves are also to blame. By dedicating a vast majority of the public street curb to private vehicle storage, otherwise known as street parking, the city is prioritizing single occupancy vehicles over more efficient modes of transportation. While public transit is more efficient, ridesharing services are a substantial improvement over single occupancy vehicles and should be given priority space along the curb.

It is essential for cities to rethink curb management in ways that are as mobile and dynamic as the rapidly evolving world we live in. The first step toward this is to wean the public off of inexpensive street parking, and replace it with the needs of today and the foreseeable future, providing ride share vehicles with a designated location for short-term stopping where they can safely pick up and drop off their passengers

Adapting to reduced street parking space will be an enormous challenge, particularly for retail businesses and restaurants, who predominantly feel that losing nearby street parking means they will lose foot traffic and business. While that may still be true in suburban areas, as more and more people move to cities and give up their personal vehicle, they still need to get around and turn to rideshares. Rideshare vehicles typically idle for less than 2 minutes while they pick up or drop off their rider, and often much less, whereas a parking space will be used by one vehicle, typically staying for more than an hour. This vast difference in the number of people that can access the curb, and therefore adjacent business, should significantly increase foot traffic and therefore sales.

While airports, hotels, and other private entities have already created specific zones for rideshare pick-up and drop-off, it is not so easy for municipalities to do so. The city of Boston is one of the few public groups in the country that is actively studying the concept. Four parking spaces in the Fenway neighborhood have been converted from 5 p.m. to 8 p.m. each day to rideshare only. While the study is young, two things are clear thus far: Better signage and better enforcement are essential in making interventions such as this a success. Otherwise, people on feet and in cars do not know where to go and they will not change their current detrimental habits.

At CRJA-IBI Group, we are currently studying the best ways to instill the transition from street parking to dynamic, multi-use curb spaces that can maximize ridership and revenue by changing use based on time of day and demand. By selectively and incrementally replacing spaces in phases, the impact on the single occupancy vehicle owner will be minimal, but the overall effect will be clear: More people will be able to access downtown and with less congestion. Over time, not only can more spaces be converted to hyper-local portals for urban mobility, they can also be used to create the rapidly increasing demand for outdoor space. This way, the urban centers that many young people are migrating to can be more walkable, vastly increasing their mobility.

Jeff Bittenbender, RLA, is an urban designer and landscape architect at CRJA-IBI Group.