Lenox, MA – Tanglewood hosted a ceremonial topping off event at the construction site of the festival’s new four-building complex, celebrating the placement of the final steel beam on top of the building site. The new building complex will support the performances and rehearsal activities of the Tanglewood Music Center — the BSO’s prestigious summer music academy — and serve as the home of the new Tanglewood Learning Institute. The beam — which was placed on top of the covered walkway connecting each building — was painted white and signed by the construction team, who were fêted at the event in celebration of this project milestone. 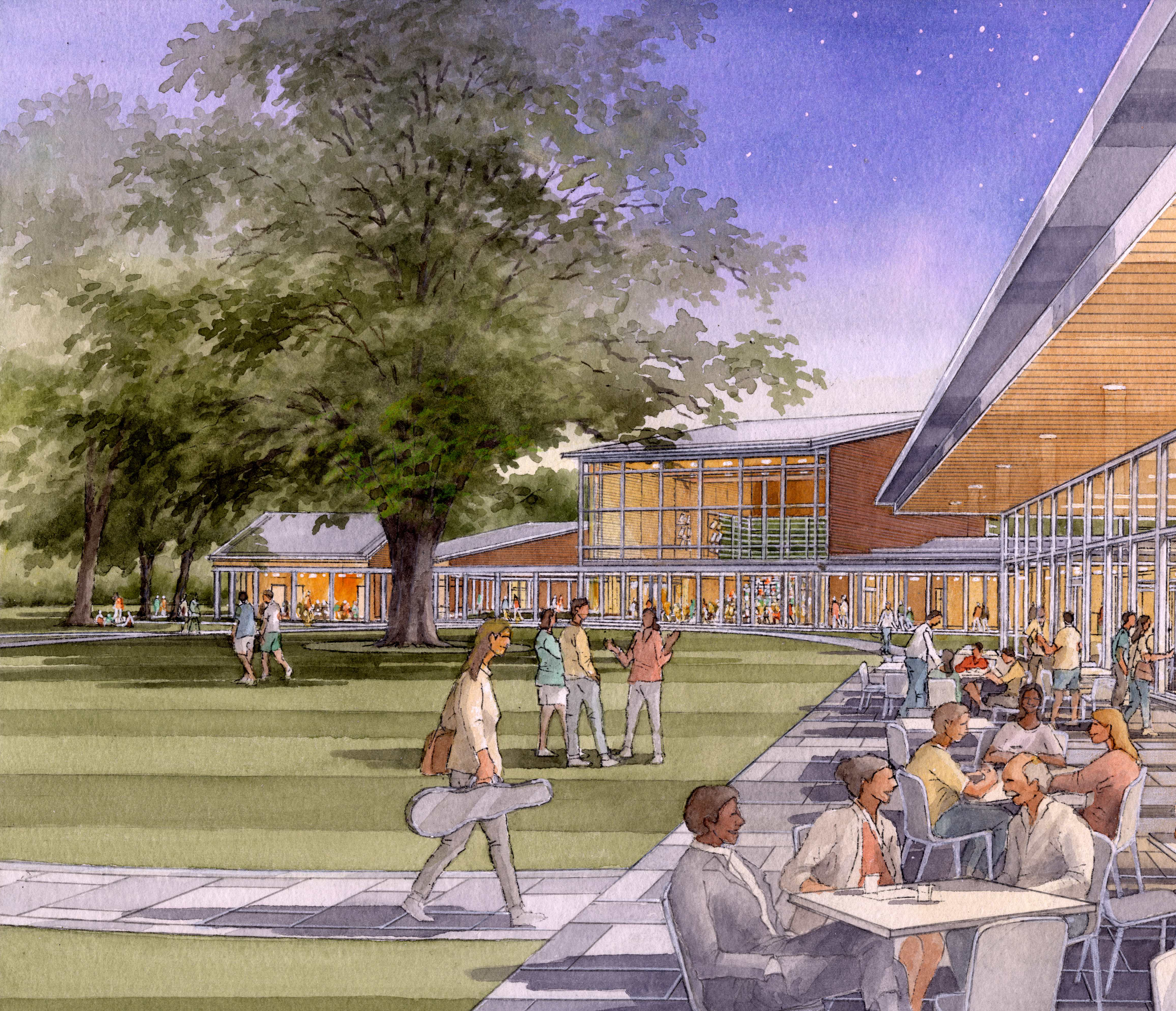 The new four-building complex is being designed by William Rawn Associates, Architects, led by William Rawn and Cliff Gayley, and is the largest building project at Tanglewood since the construction of Ozawa Hall in 1994. Reed Hilderbrand is serving as the project’s landscape architects. Consigli is the general contractor building the new complex, and Skanska is the owner’s project manager. Kirkegaard Associates, led by Joseph Myers, is serving as the project’s acoustician.

Since construction began on the Tanglewood building project in September 2017, Consigli Construction Co., Inc., the general contractor on the project, has erected 275 tons of steel (with the average temperature during steel work 25 degrees F.), completing the basic structure for the four buildings, including Studio 1, a multi-use performance and lecture space; studios 2 and 3, two smaller rehearsal and performances spaces; and a 150-seat dining café, designed to be an informal place for audience members and musicians to interact.

The new building is scheduled to open in summer 2019.

Designed to support the activities of the Tanglewood Music Center and house the new Tanglewood Learning Institute, the largest building of Tanglewood’s new four-building complex will provide state-of-the-art space for rehearsal and concert activities accommodating an audience of up to 200; multi-media education and lecture programs with a seating capacity of up to 300; and a wide variety of social and dining events.  Additional buildings include a 150-seat dining cafe, designed in part as a hub for visitors, TMC Fellows and Faculty, and TLI participants, and two smaller studios providing additional space for rehearsal, performance, educational, and social activities. Located on the Tanglewood grounds in close proximity to Ozawa Hall, this new highly sustainable building complex will be climate-controlled to accommodate use by the Berkshire community in the off-season.

Major improvements at Tanglewood will also include renovations to the Ozawa Hall Bernstein campus, including a reconfiguration of the entranceway gate to effectively integrate the campus with the new building complex, and improved restroom and food service amenities. The BSO will also implement a new horticultural plan for Tanglewood’s famous 524-acre grounds, investing in both redesigning and revitalizing landscape elements, as well as uniform strategies for documenting, maintaining, preserving, and enhancing Tanglewood’s horticultural assets.