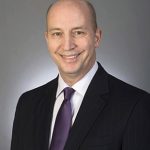 Many municipalities in New England have old abandoned and closed landfills that have not been used in years. They are more than just eyesores, however, since state and federal environmental laws require that the owner (the town, in many cases) must pay to close them and then pay to monitor the air, landfill cap, and groundwater in and around these landfills for at least 30 years to make sure they are not impacting nearby residents or the environment with contaminants. Costs for this “long-term post-closure care” can easily reach into the millions of dollars, and with cash-strapped municipal budgets, these landfills quite often amount to nothing more than money sinks. What to do with them? One possibility is to redevelop them as sources of clean, renewable, and sustainable solar energy.

There are many such recent examples of this in New England, one of them being the Shaffer Landfill in Billerica, Mass., part of the Iron Horse Park Superfund Site, but what happened here can also occur at similar closed municipal landfills. The Shaffer Landfill was capped over 10 years ago, and a team of energy developers and financiers identified the open, exposed, treeless lobes of the landfill as potential site for solar development. The development team saw the potential for making use of an otherwise idle real estate asset that was nothing more than a drain on its owner’s budget and turning it into an actual source of income. 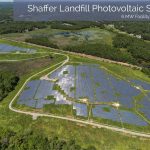 The development team hired Geosyntec Consultants of Acton, Mass. to provide a variety of environmental and geotechnical services to help them meet their goals. The project began by coordinating review under the Mass. Environmental Policy Act (MEPA) and evaluating potential wetland impacts. We also confirmed the adequacy of the site’s existing stormwater management system to accommodate up to 30% of the landfill cap being covered with impervious surfaces (the solar arrays), which could have a major impact on how the slopes shed rainwater.

Due to the landfill configuration, we conducted a geotechnical evaluation to evaluate slope stability and analyzed potential landfill settlement based on the estimated weight of the photovoltaic (PV) system. We also demonstrated that the installation of the PV panels would not compromise the integrity of the existing landfill cap. Working alongside several town boards and departments, we helped obtain construction permits while the financier successfully negotiated local power agreements and a payment in lieu of tax (PILOT) agreement. The PILOT agreement provides payments to the local government that help offset losses in property taxes that went unpaid for several years before our clients stepped in.

The majority of the PV system construction was conducted during the winter to ensure that the project met the initial Mass. Dept. of Energy (DOER) 400 MW solar carve-out and to qualify for solar renewable energy certificates (SRECs). We supported the project throughout construction and certified civil aspects of the solar development construction on the closed landfill.

The resulting 6 MW PV facility at the Shaffer Landfill Superfund Site, consisting of about 20,000 PV panels, was completed in June 2014 and is the largest solar installation to date in Massachusetts. To our knowledge, it’s also the largest to be constructed on a Superfund site in the U.S. It is expected to play a major role in helping to increase the supply of dependable and renewable energy in the commonwealth. Geosyntec’s clients obtained an agreement with the local electric utility to supply power from the project to the grid, providing about $3 million in tax revenue in the form of energy credits to the town of Billerica.

What may be the first of many awards that the project will win, the electrician on the project, Interstate Electrical Services, was recognized by the Massachusetts Chapter of Associated Builders and Contractors with two awards: an Excellence Award and a Green Award for its participation on the Shaffer Landfill project.

This redevelopment of an old landfill has benefited many and is expected to continue to do so for the foreseeable future.