National – Two-thirds of U.S. corporate decision-makers have not locked in favorable rates to mitigate their interest rate and foreign exchange exposure, a decision that can cost their firms millions of dollars, according to a survey released today by Citizens Bank. 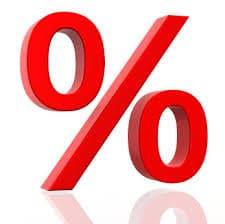 Despite this reality, the survey found that business leaders expect rates to continue to rise and the value of the dollar to fluctuate due to tariffs and other macroeconomic factors.

The Citizens Market Insights Survey of more than 300 corporate leaders found that 70 percent of U.S. corporate leaders have not locked in lower interest rates despite signs that rates will continue to increase and 67 percent have not used a hedging strategy to mitigate their exposure to fluctuations in the value of the U.S. dollar.