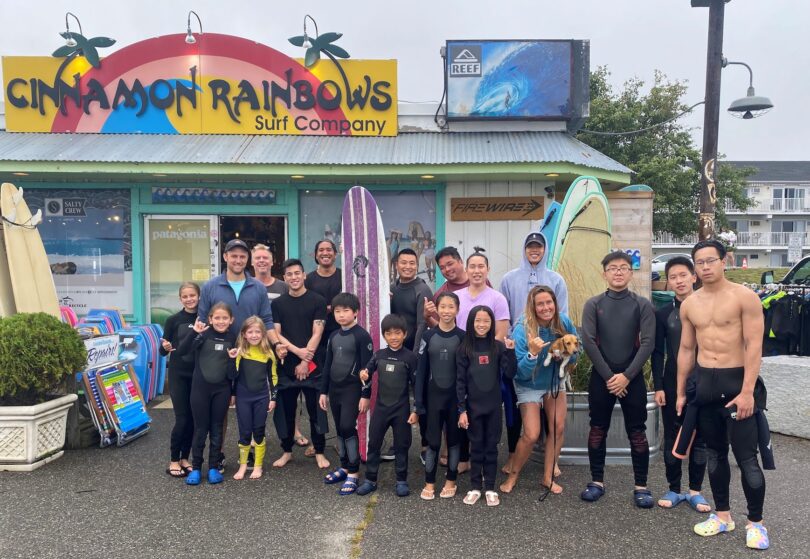 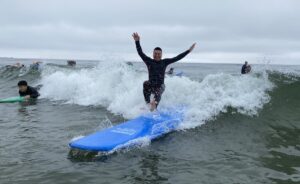 The idea behind the surf camp is to give urban youth a chance to learn and explore new activities that take them beyond the city to the great outdoors. The camp included expert instruction from Cinnamon Rainbows Surf Co. owner, Dave Cropper, and instructor Rachel D’Abre.

With the recent rise in hate crimes targeting Asian Americans, this initiative is more timely given the impact it has on Asian American children growing up amid these headlines, according to a spokesperson of the company. 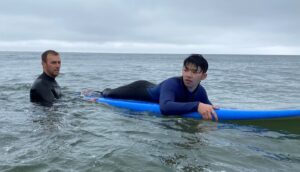 Josh Fetterman (l) of City Realty Group and City Kids provides instruction to Samuel Zheng of Chinatown in Boston as Zheng learns to surf for the first time.

CRG is a community-focused real estate firm serving Greater Boston since 2004.  Managing partners Stephen Whalen and Fred Starikov founded City Kids in 2005 with a mission to support education for underserved students in Boston.