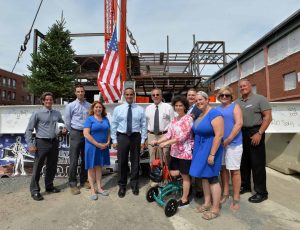 Somerville, MA – The city of Somerville and Suffolk held a topping-off ceremony at Somerville High School to mark a major milestone in a $256 million renovation and construction project, the installation of the final steel beam in the school’s new west wing, which is Phase One of the three-year project.

Somerville Mayor Joseph A. Curtatone and Somerville Public Schools Superintendent Mary Skipper participated in the event, during which the beam was set in place atop the new wing at the highest point of the new school.  A second ceremony will be held when the final beam of the new eastern wing is installed. 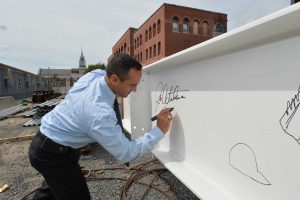 Somerville Mayor Joseph A. Curtatone signs the beam at the topping-off ceremony.

Plans call for the renovation of the existing library, field house and spaces underneath, partial demolition and new construction. 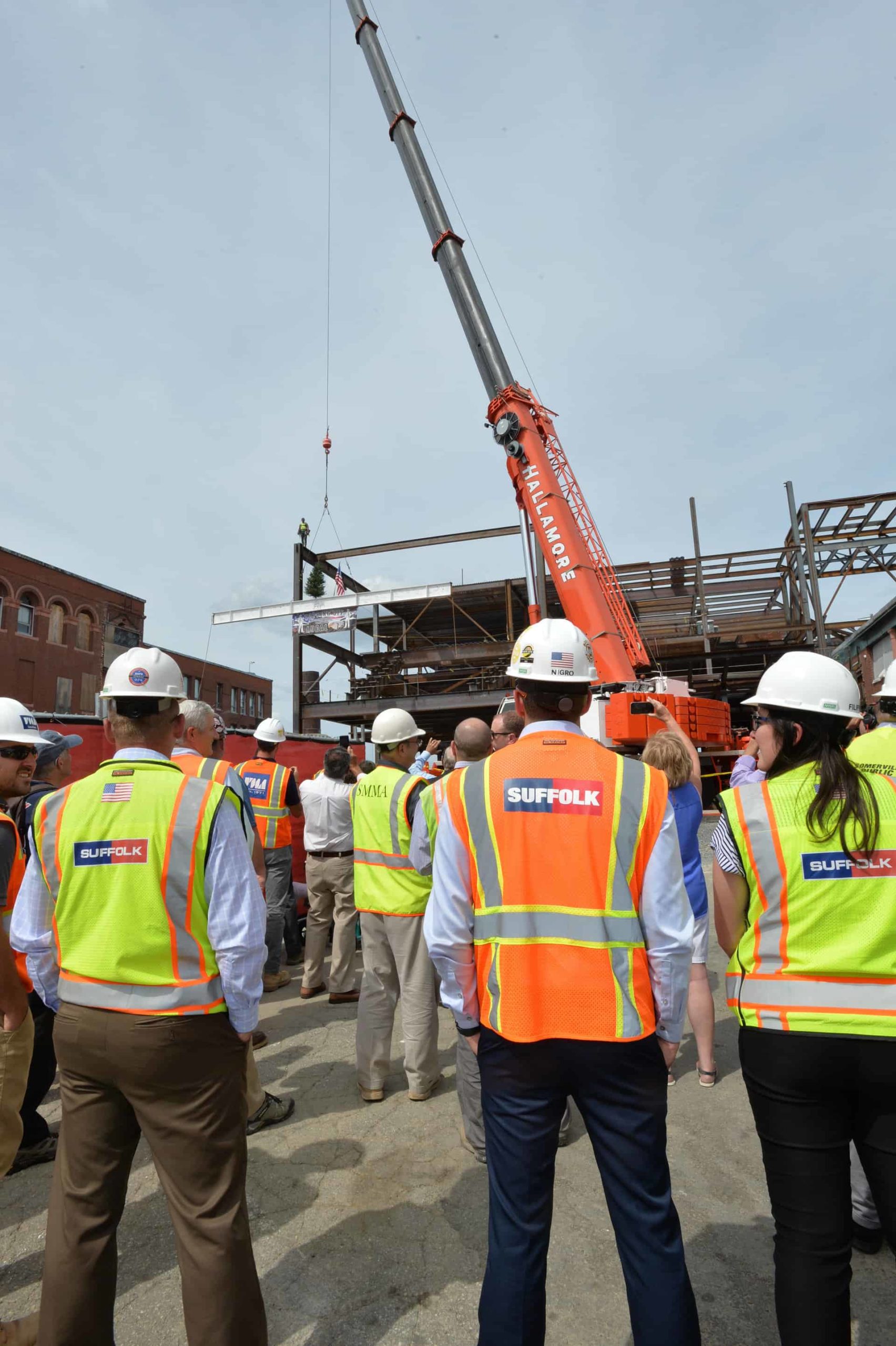 Workers watch as the final beam is hoisted at the topping-off ceremony for the new west wing.

When it is completed, the new campus will provide a state-of-the-art, innovative, and nurturing learning environment for nearly 1,600 students.