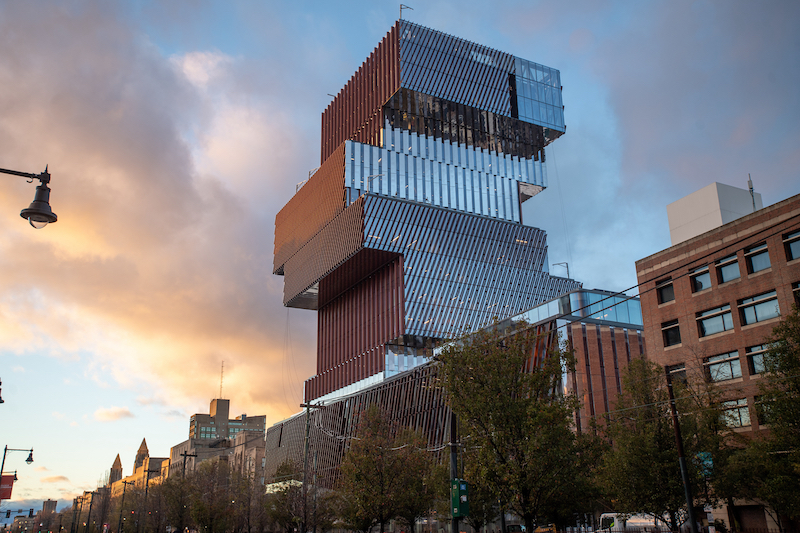 Boston – Suffolk announced it has successfully delivered the Boston University Center for Computing & Data Sciences. The 19-story, 345,000sf facility, which is the tallest building on Boston University’s urban Charles River campus, is the university’s most energy-efficient building and one of the most sustainable buildings in Massachusetts.

The facility itself is designed with intellectual collaboration in mind, featuring an all-glass interior that creates transparency and invites light deep into the building. The unique design of the structure, which is composed of a series of floorplates shifted and cantilevered around the building’s central core, creates a vertically stacked and staggered layout of “neighborhoods” for each academic discipline. 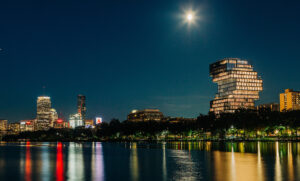 The Boston University Center for Computing & Data Sciences building is the first of its kind on the school’s campus and in the city of Boston. It is 100% fossil fuel free due to a geothermal bore system installed by Suffolk. The Suffolk team drilled and installed 31 bores, each approximately 1,500 feet deep into the earth, or approximately twice as deep as the tallest structure in Boston is high. The bores harness the thermal resources of the earth to heat and cool the building without the need to connect to a gas line, putting Boston University ahead of schedule for Carbon Free Boston, the city’s 2050 carbon neutrality goal.

The new facility also features triple-glazed windows that help contain heat inside the building, staircases that reduce elevator use and promote energy reduction, and terraces and green roofs that offer views and reduce the urban heat island effect.

The new building will be home to Boston University’s Faculty of Computing & Data Sciences interdisciplinary academic unit, as well as a number of other departments and faculty members from throughout the university.

“We are honored and privileged to deliver one of the most sustainable and sophisticated buildings to the Boston University campus and city of Boston,” said John Fish, chairman and CEO of Suffolk. “This iconic building is a striking addition to the Boston skyline and a tribute to the leadership and prestige of Boston University, the world-class stature of the city of Boston, the importance of sustainable design and construction, and the future of research and education.”