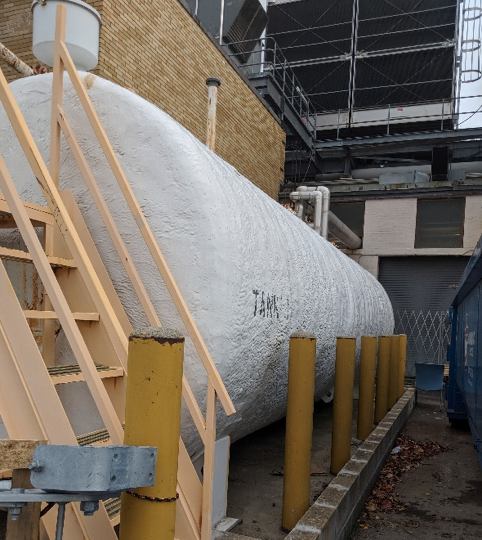 An abandoned 10,000-gallon #4 oil tank adjacent to the hospital’s boiler plant was recently removed and the new CHP container will be placed on the same footprint. / Photo by Fitzemeyer & Tocci Associates

Sturdy Memorial Hospital in Attleboro, Mass. recently broke ground on a combined heat and power (CHP) project. The project, part of an ongoing effort by the hospital to tackle rising energy costs, represents the next major energy initiative for the hospital.

Also known as cogeneration, the CHP system at Sturdy will produce 600-kW of electrical power, 1.2 million BTUs per hour of hot water heating and 1,000 pounds per hour of high-pressure steam. Designed to operate on a year-round, continuous basis, the CHP system is expected to further reduce energy costs at the hospital by over 20% annually.

To support and guide Sturdy on this project, Fitzemeyer & Tocci Associates was hired to first complete a feasibility assessment of the CHP opportunity. Once the optimal CHP size and configuration was determined, Fitzemeyer & Tocci was then retained to design and commission the CHP and is now overseeing and managing the construction of the project as the hospital’s construction management agent.

The facilities at Sturdy presented an advantageous layout for CHP.  The new CHP was designed as a containerized unit, which will be placed outside, adjacent to the existing central heating plant where an abandoned 10,000-gallon #4 oil tank once sat.  The unit will house a new, 600-kW Caterpillar engine-generator, as well all necessary electrical gear, the emissions monitoring and control system, integrated silencer-catalyst, aftercooler radiator, circulating pumps, oil and urea management systems, and the CHP monitoring and control system.

A new heat recovery steam generator, or HRSG, will be placed within the boiler room and integrated with the central steam plant. The HRSG will recover the engine’s exhaust waste heat to produce 80 PSI steam.  Waste heat from the engine’s cooling circuit will be recovered with a heat exchange system located near the boiler room and used for pre-heating the hospital’s main hot water reheat loop.  The CHP will be connected electrically at one of the hospital’s main 480 V substations, back-feeding power to the hospital year-round.  Though the CHP is equipped for black-start ability, it is currently configured to only run parallel to normal utility power. The system was designed this way at the request of the hospital to assure the CHP would not disrupt the emergency generators when in use at the hospital.

The 600-kW engine-generator size was selected based on the engine coolant waste heat thermal output, which matched the minimum hot water reheat load.   Even though the hospital’s minimum electric load is 800 kW, utilizing a larger engine-generator would result in the occasional dumping of engine waste heat, eroding project economics.  The steam output of the CHP will meet about a third to a half of the hospital’s base steam load (after accounting for the reduction in reheat load with the CHP).  Utilizing all the CHP electrical and thermal output is critical to maximize project economics.

The initial investment of the hospital in the CHP is expected to produce a 20% internal rate of return (IRR) over a 15-year period, after factoring both an initial utility incentive offered through the Mass Save CHP incentive program and monetization of quarterly alternative energy certificates (AECs) generated by the CHP under the Massachusetts Department of Energy Resources Alternative Portfolio Standard Program.  Boyer states, “The substantial energy cost savings generated with the CHP will allow the hospital to invest in deferred maintenance projects as well as new clinical systems and services.  It’s a win-win for both the hospital and its patients, while providing a net environmental benefit to the community through more efficient self-generation.”

The CHP project creates an ideal opportunity for Sturdy to further reduce and better control its long-term energy costs. Operationally, hospitals are an ideal setting for cogeneration, with year-round base electrical and thermal loads that tend to complement each other.  Sturdy certainly fits that profile.

Enabling construction for the CHP at Sturdy began in November 2020, with the CHP container expected to arrive and set in March 2021. Commencement of commercial operation of the CHP system is expected in the second quarter of 2021. 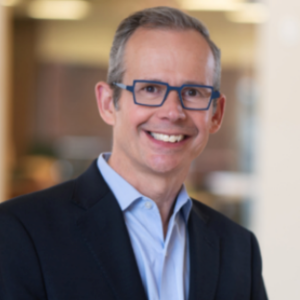