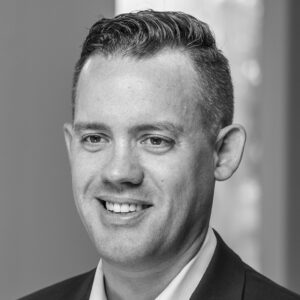 Boston – DPS Group announced that Director of Commissioning, Qualification, and Validation (CQV) Tom Struble has been elected president for the board of directors of the Boston Chapter of the International Society of Pharmaceutical Engineering (ISPE Boston).

Struble’s year-long term began in July, and he will lead all board and chapter meetings, preside over strategic planning for the chapter, and produce an annual business plan for the chapter with input and approval from the board. He will be a member of the Finance Committee and Technical Article Review Board.

An active member of ISPE Boston since 2011, Struble served as secretary for the past year. He has over 18 years of experience managing projects and teams, with eight of those in the pharmaceutical and biotech industry.

The ISPE Boston president is expected to appoint chairpersons of all committees, temporary or permanent, with the approval of the board.  Struble will ensure that all books, reports and certificates, as required by law, are properly kept or filed and will serve as one of the officers who may sign the checks and drafts of the chapter.

Previously, Struble served with the Product Show Planning Committee, working in many capacities focusing on education and event exhibitors, culminating in chairing the committee for two years before joining the ISPE Boston board of directors in August 2018.

Reporting to Senior Vice President of Boston Operations Paul DePriest, Struble leads the DPS Boston Projects CQV group. In this role, he is responsible for project delivery, training, and development of personnel as well as the management of the business unit.