Hopkinton, MA – Solect Energy, a commercial-scale installer of solar energy systems, is seeing an acceleration of solar energy adoption by municipalities, schools, and nonprofits across Massachusetts. Working in conjunction with PowerOptions, an energy-buying consortium in the region, Solect has already installed 4.2 megawatts (MW) for various schools, nonprofits, and municipalities and is on track to install another 4.5 MW under the SREC-II program, for a total of 8.7 MW.

Aggregating their current base of installed systems under the Solect & PowerOptions Solar Program, it is projected that the two companies will save these institutional, educational, and municipal customers more than $20 million over the course of their 20-year agreements.

Currently, Massachusetts ranks fifth nationally in K-12 school solar adoption, according to a November 2017 report from the Solar Energy Industries Association (SEIA) and The Solar Foundation. Across the state, more than 260 schools have installed nearly 54MW of solar. 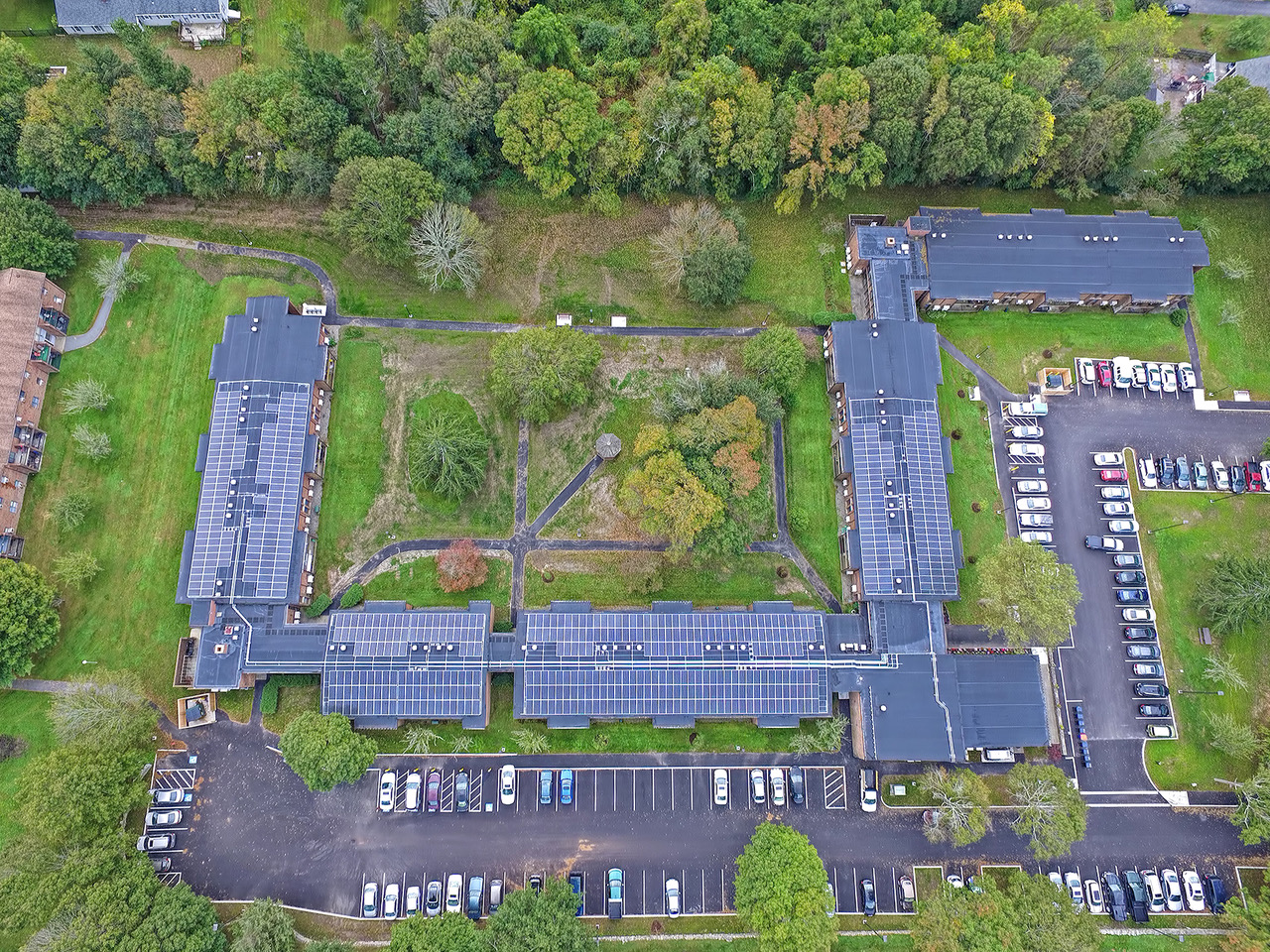 Fairhaven Housing Authority (FHA), a public housing provider, installed a 236 kW solar energy system on the roof of its largest housing complex. FHA anticipates the array will provide up to 40% of the facility’s annual electricity, and projects $467,000 in savings over the life of the 20-year agreement. 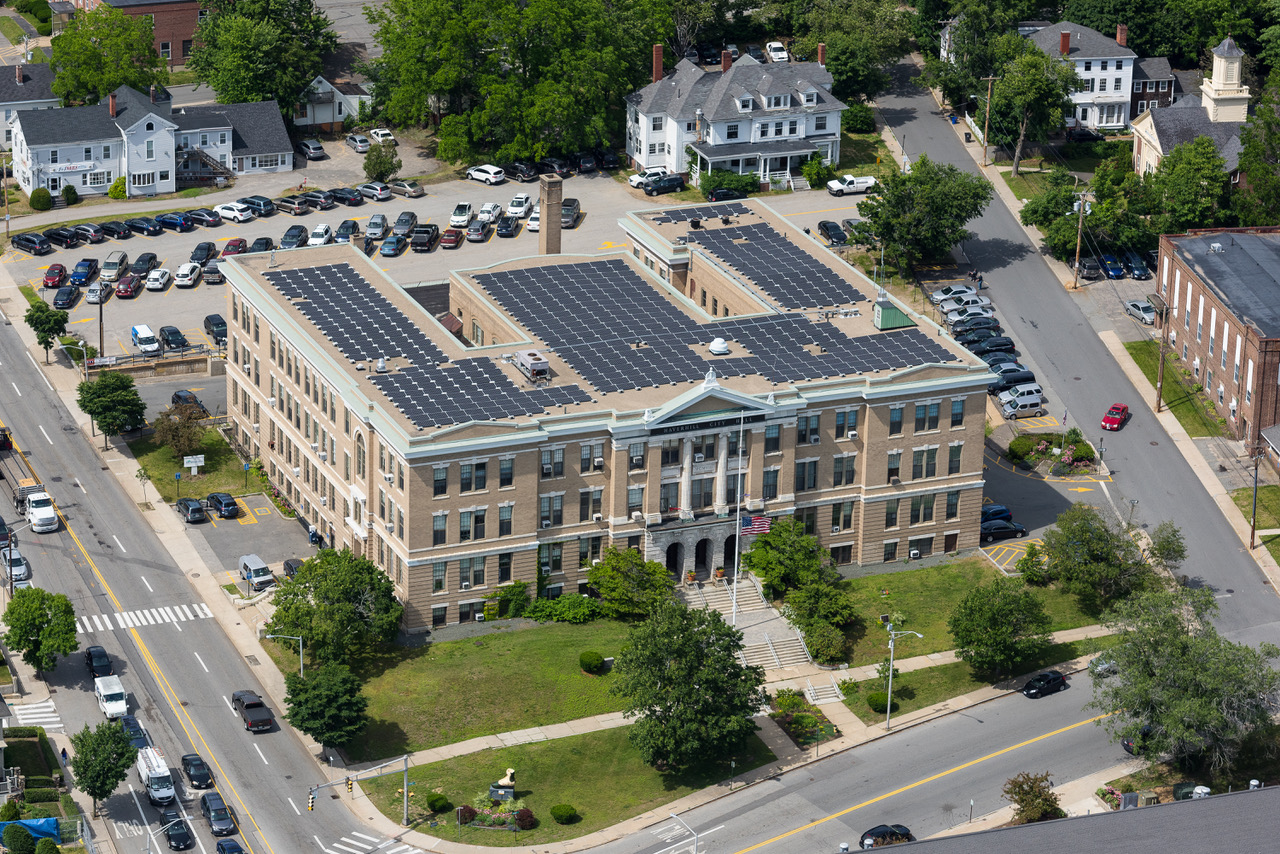 The city of Haverhill installed a 170 kW rooftop solar system on its city hall and an 80 kW rooftop solar array on the city’s maintenance garage. With the installation of the rooftop arrays, the city now expects to save approximately $22,000 annually.

The Somerset Berkley Regional School District installed a 348 kW solar energy system on the roof of its regional high school. The array is expected to cover up to 20% of the school’s annual electricity use and to save the school approximately $20,000 in year one on its energy expenses.

Municipalities, schools, housing authorities, and human service organizations cannot capture federal tax benefits for renewable energy systems on their own, as nonprofits. However, working with PowerOptions and Solect, these customers are able to finance and construct their solar arrays with no up-front investment through a Power Purchase Agreement (PPA).

Under the PPA, Solect installs, owns and operates the solar arrays, and sells the power generated back to the entity at a reduced, fixed rate for the duration of a 20-year agreement.

“What makes a PPA so attractive for cities, towns, and schools is they can leverage the RFP Solect won with PowerOptions, and avoid the cost, time and expertise needed to conduct their own RFP,” said Matt Shortsleeve, Vice President of Development at Solect Energy. “The Solect /PowerOptions PPA complies with state procurement regulations, and offers outstanding savings and contract terms for the customer.”

“The District is continually looking for ways to reduce operating costs in order to shift more resources to students,” said Lindsey Albernaz, Director of Business and Finance for Somerset Berkley School District. “Utility costs are an expense that is constantly fluctuating. Working with Solect, we were able to reduce operating costs without having to pay the upfront costs of installation.”

MassSolar projects that 82% of schools in Massachusetts can save money by “going solar” and there is a potential for another 2,000 installations totaling 148 MW.

If every school in Massachusetts that could go solar did, an estimated $74 million could be saved over the life of the projects. They also report that 175 cities and towns in Massachusetts host one or more of their own solar projects. The more than 400 municipal projects have a combined capacity of over 340 MW.

“At PowerOptions, we aim to support the public entities and nonprofits that are serving our communities by making solar energy more accessible with offerings like our Solar Program,” said PowerOptions President and CEO Cynthia Arcate. “In addition to cost predictability and savings, schools and nonprofits can implement their solar projects without the need for any upfront costs or ongoing maintenance responsibilities.”