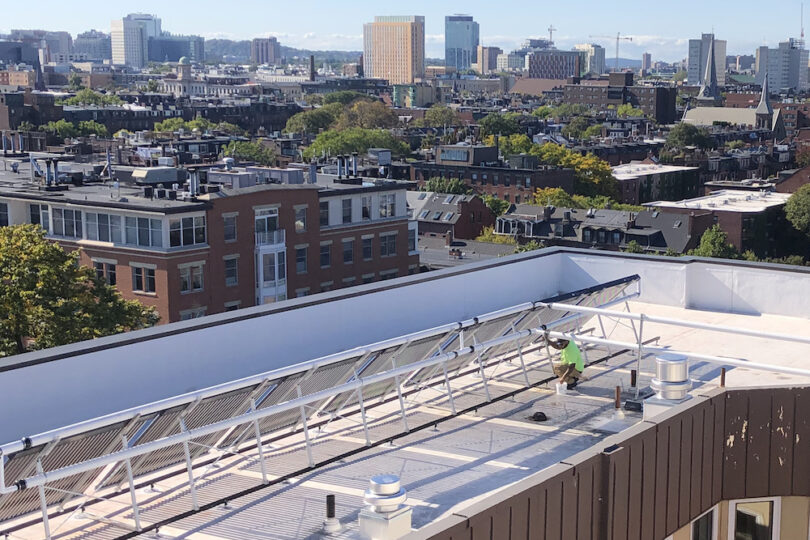 Solar Hot Water (SHW) systems were made very popular in the 1970s during the oil crisis when Jimmy Carter installed a system at the White House, demonstrating an efficient way to reduce fuel use. Since then, thousands of systems have been installed, and with today’s focus on sustainability, SHW systems are again an efficient answer to help reduce burning of fossil fuels. Engineers and installers now focus on non-pressurized “drainback” systems, built to last 20-30 years and requiring much less maintenance than older pressurized systems.

The Preservation of Affordable Housing (POAH) is a large developer, owner and operator of more than 12,000 affordable homes in eleven states and the District of Columbia. One of their core values is sustainability: “investing in energy efficient and environmentally sustainable buildings not only to reduce operating costs, but because it’s the responsible thing to do.” Their staff includes professionals dedicated to this effort applied to both new and existing facilities. 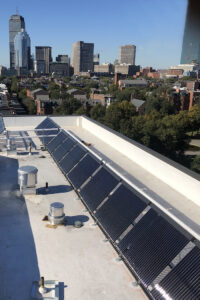 Julie Klump, POAH’s VP for design and building performance, first approached New England Solar Hot Water (NESHW) in 2018 to design and build a solar hot water system for Briston Arms Apartments, an existing 150-unit apartment complex in Cambridge, Mass. The system has proven itself by reducing natural gas used for domestic hot water by more than 50%. Because of the success of that installation, POAH has hired NESHW for four additional large installations in Massachusetts: Tribune Apts. in Framingham, Brandy Hill Apts. in Wareham, Chestnut Gardens in Lynn, and Franklin Square Apts. in Boston’s South End. These five installations are projected to reduce the portfolio’s total gas usage by over 14,500 therms per year. Over 20 years, these systems will reduce CO2 emissions by 3.5M lbs., equivalent to the CO2 sequestered by a 100-acre deciduous forest.

POAH’s most recent SHW system, installed this year at Franklin Square, serves 193 apartments housing a low-income elderly population. The system consists of 28 roof mounted evacuated tube collectors heating a 1400-gallon solar storage tank. The storage tank acts like a “battery,” storing heat produced by the collectors to “preheat” domestic water sent to the existing gas-fired boilers for backup. The system is projected to reduce fuel use by 54%, offsetting 3500 therms of natural gas or 840,000 lbs. of CO2 every year.

For both new and existing facilities, solar hot water systems can reduce fuel use by 50-80% and can be backed up by conventional heaters fueled by electricity, natural gas, or fuel oil. New “drainback” systems are simple, robust and require little maintenance and they are affordable thanks to incentives including the federal solar tax credit (26% of system cost), accelerated depreciation, and Alternative Energy Certificates (AECs) issued by MA DOER. To reduce a facility’s carbon footprint, solar hot water is worth a look for both new and existing buildings. 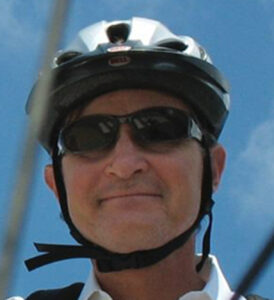 John Moore is an architect at New England Solar Hot Water, Inc., based in Canton, Mass.