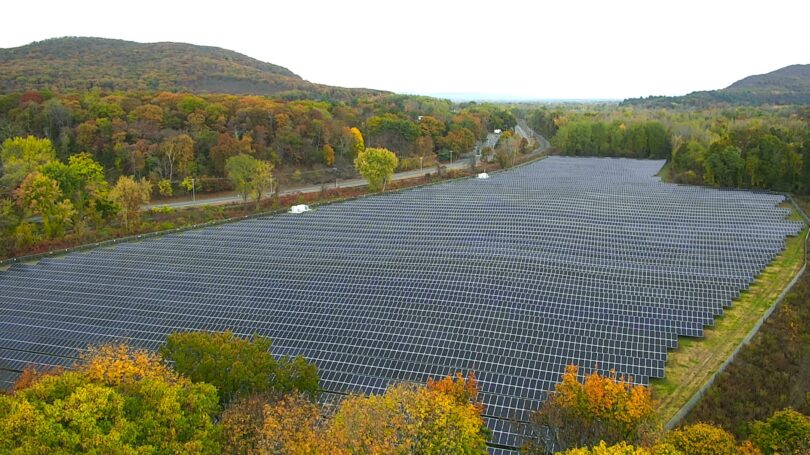 Holyoke, MA – The American Council of Engineering Companies of Massachusetts (ACEC/MA) has named Tighe & Bond as a finalist of their 2020 Engineering Excellence Award for their transformation of the Mt. Tom coal-fired power plant into the state of Massachusetts’ Largest Community Solar and Energy Storage Facility.

According to the ACEC/MA, Tighe & Bond’s work with ENGIE North America (ENGIE) and the collaboration with other organizations has led to the completion of a very complex project that showcases what can happen when innovative engineering and a commitment to clean energy and environmental protection come together. The transformation of the coal-fired plant to a fully remediated and safe site has enabled ENGIE to move forward with its plan to use the property for future industrial/commercial/energy development.

In August of 2019, the city of Holyoke was recognized by educational non-profit Smart Electric Power Alliance (SEPA) as having the third most annual energy storage watt-hours per customer in the nation. According to the ACEC/MA, Massachusetts has an evolving energy market, and with the completion of the Mt. Tom Project, ENGIE can now provide a model of success that can influence future solar and energy storage projects in the state and coal-fired power plant closures across the region.

Overall, the closure of the former coal-fired power plant included transforming a former industrial site by demolishing the existing facility, remediating many areas of the property, and addressing over 50 acres of on-site coal ash while reusing a portion of the site for renewable energy generation and storage.