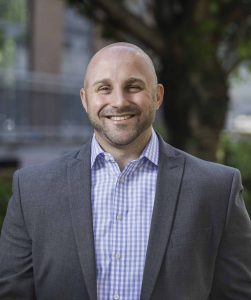 Boston – Shawmut Design and Construction recently announced that Greg Skalaski, director of retail construction, has been selected as one of design:retail’s 40 Under 40 for his achievements and impact in the retail industry.

He was among 40 leaders celebrated at the design:retail Honors event on May 16 in New York City.

“It is an honor to be included among the best in the industry, and to be recognized by such a respected publication,” said Skalaski. “I owe a large part of this recognition to my incredible team and their tireless efforts to ensure even the most complex retail projects perfectly reflect our clients’ visions.”

“Over the past 18 years, Greg has exemplified his dedication to top-of-the-line results, and has helped establish Shawmut as the premier retail builder nationwide,” said Les Hiscoe, CEO of Shawmut Design and Construction. “Greg emulates the leadership traits, values, and goals that are core to Shawmut’s culture.”

In order to be considered for the 40 Under 40, individuals had to be stars in their company and in the industry, completed innovative and remarkable projects, and contributed greatly to education or associations supporting the retail design community. The 40 Under 40 listing can be found in the April/May 2016 issue.