On January 24, the Supreme Judicial Court (SJC) struck down a contractual limitation of liability provision as void against public policy. In H1 Lincoln, Inc. v. South Washington Street, LLC, et al., the SJC held that contract waiver does not preclude multiple damages under the Massachusetts consumer protection statute (G.L. c. 93A) for willful or knowing misconduct.

G.L. c. 93A, § 11 governs business-to-business disputes. Section 11 authorizes a person engaged in trade or commerce to file an action for damages and equitable relief arising from unfair and deceptive acts. If a violation of c. 93A is willful or knowing, a claimant may be entitled to recover double or treble damages.

In the underlying dispute, Alfredo Dos Anjos, the principal of the defendant entities, breached a lease for the operation of an automotive dealership by H1 Lincoln. The lease contained a limitation of liability provision barring recovery for “speculative or consequential damages.” H1 Lincoln filed a lawsuit in Hampden Superior Court against the Dos Anjos entities for breach of G.L. c. 93A, § 11, among other claims. After a bench trial that focused on the 93A claims, a Superior Court judge found in favor of H1 Lincoln and awarded double damages arising from the Dos Anjos entities’ willful and knowing violations of their contractual obligations by breaching the dealership lease.  The Superior Court held that the 93A violations sounded in tort, rather than contract, so the contractual waiver did not apply. The Dos Anjos entities appealed the lower court’s ruling and multiple damages award, arguing that even if their conduct violated c. 93A, the lease waived H1 Lincoln’s right to recover “speculative or consequential damages” which would include statutory multiple damages.

The SJC rejected this argument, holding that the limitation of liability provision was unenforceable as a matter of law. The SJC reached its conclusion through different means than the Superior Court, disregarding the distinction between the claim “sounding” in tort, not contract. Instead, the high court emphasized the public policy behind c. 93A and the punitive impact of multiple damages awards. Upholding contract waivers in instances where a party commits knowing or willful misconduct “would do violence” to the punishment and deterrence goals of multiple damages awards.

Moving forward, it will be critical for commercial actors to not rely on blanket contractual damages waivers to protect themselves against significant c. 93A exposure. While contract documents govern the relationship between the parties, the SJC’s decision in H1 Lincoln is a reminder that Massachusetts public policy plays a significant role as well. 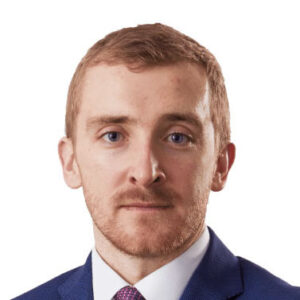 Michael P. Dickman, Esq. is an associate at Kenney & Sams.