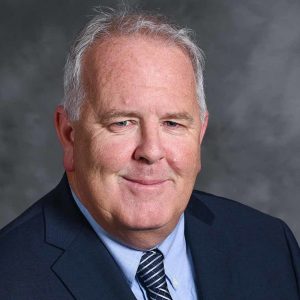 Shevlin has been actively involved in community service since moving to Cumberland in 1994.  He served on the Planning Board from 1995 to 2004 and worked for over a decade on a committee for CumberlandFest, a yearly summer festival that is held to raise money for youth athletics. He also served as president of the Cumberland High School Clippers Hockey Booster Club from 2017 to 2019.

He started mentoring youth by coaching sports in 1989, continuing until 2017.  He expanded his support of youth sports programs through several leadership roles, including being an active member of the board of directors for the Cumberland Youth Baseball and Softball League and serving two years as president of the organization.  He also helped to establish an annual golf tournament and scholarship program for graduating high school seniors who had previously played in the league.

Professionally, Shevlin has served as a director of the Providence Engineering Society board in various officer positions from 2004 to 2008 and continues to serve in the role of chairman of the board of trustees.  While on the board, he initiated an annual golf outing to raise money for deserving engineering students.

Shevlin also served six years on the board of directors for Rhode Island Consulting Engineers, a professional association representing engineering firms in Rhode Island since 1991.  While on the board, he co-chaired the Engineering Career Day event, which introduced high school students to the field of engineering.

In 2016, while in the role of president, Shevlin helped transition the Rhode Island Consulting Engineers to the American Council of Engineering Companies of Rhode Island (ACEC-RI). He remained on as the first president of ACEC-RI, and continues to serve in multiple leadership roles, including spearheading the Engineering Excellence Award program for Rhode Island.

He has valued the importance of philanthropy and being involved in his community throughout his 30-year career at Pare Corporation.  Now a senior VP and manager of the transportation division, his professional experience includes design and management responsibilities associated with traffic and transportation projects for a range of clients throughout New England.