Boston – Shawmut Design and Construction participated in the 2017 Pan-Mass Challenge, marking the 10th straight year the firm has partaken in the two-day bike-a-thon. 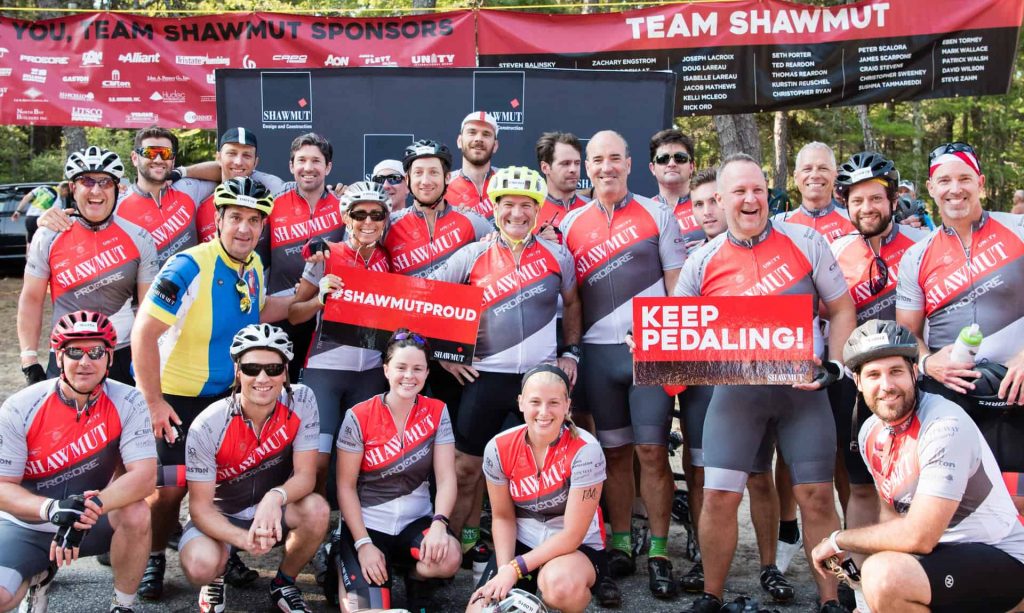 This year, Team Shawmut has raised over $200,000 and counting, accumulating over $1 million in total fundraising. For the sixth straight year the money raised will directly support the research being conducted by Dana-Farber’s Dr. Christopher Sweeney, who also rode with Team Shawmut for the fourth year.This year Team Shawmut had its largest team which included CEO Les Hiscoe and 33 Shawmut employees and friends, including Dr. Sweeney and three of his cancer patients. The team rode from Sturbridge to Provincetown to increase awareness and funding for cancer research and patient care at Dana-Farber Cancer Institute. Shawmut also sponsored the Brewster PMC water stop and staffed it with over 25 passionate volunteers who cheered on the riders as they came through. 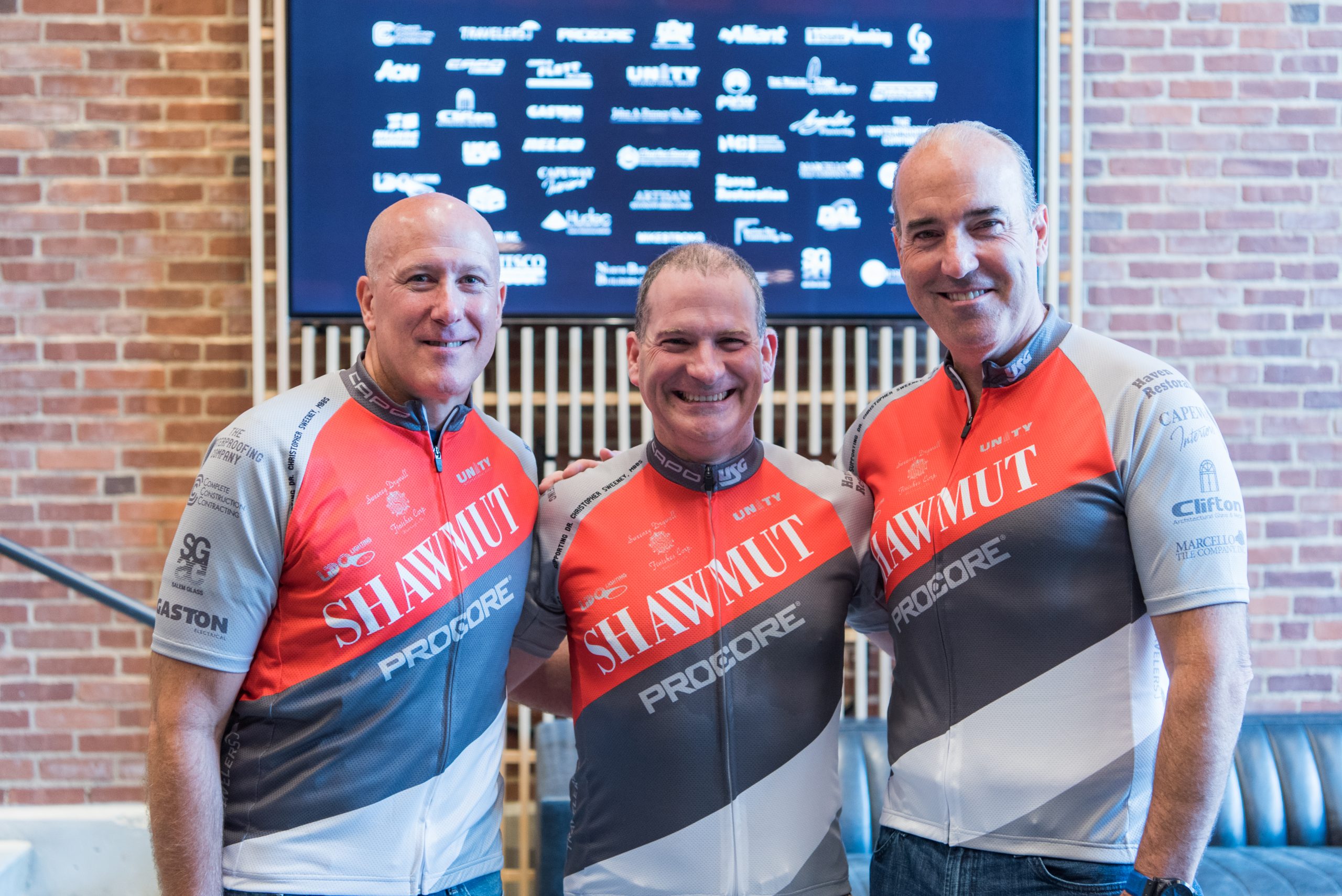 “This was a very special year for Team Shawmut having reached the one million-dollar fundraising mark over the course of our partnership,” said Jim Scarpone, director at Shawmut Design and Construction and Team Shawmut captain. “Every year I don’t think it can get any better, but the amount of support our team receives from our co-workers and sponsors is incredible and is a testament to our company culture.” 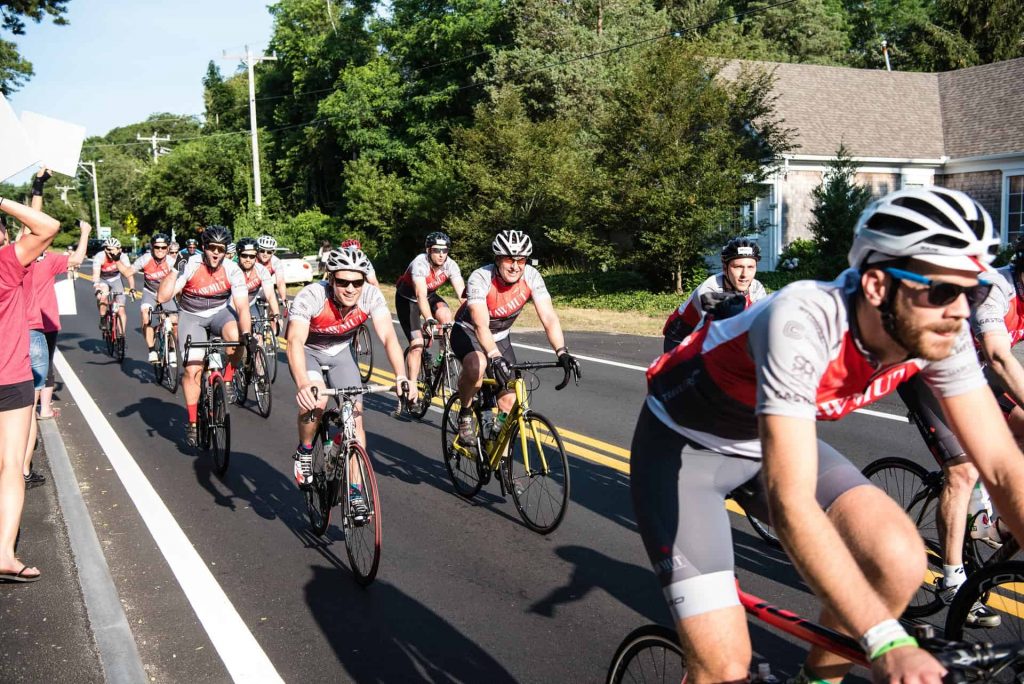 Team Shawmut riders being cheered on by their colleagues at the Shawmut-sponsored water stop in Brewster, Mass

Team Shawmut has consistently raised over $100,000 a year to support Dr. Sweeney’s efforts which have enabled him to create a unique database of cancer specimen that allows his team to find the key causes of incurable cancer, and test a new drug designed to make standard therapies more effective.