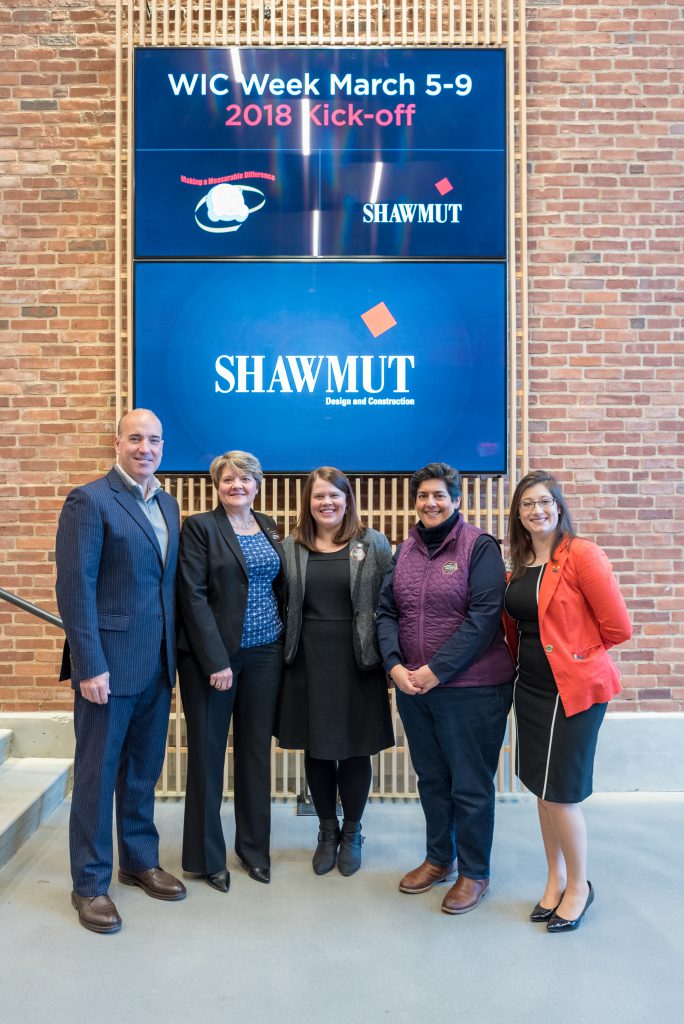 Boston –  Shawmut Design and Construction recently kicked-off National Women in Construction Week with a special breakfast event to discuss women as a visible component of the construction industry.

Today’s celebration featured a proclamation from executive director of the Mayor’s Office of Women’s Advancement, Megan Costello, on behalf of Mayor Marty Walsh, officially recognizing Women in Construction Week in Boston. The event brought together over 150 industry partners and executives, including members from the Associated General Contractors of Massachusetts and the National Association of Women in Construction.

“I’m thrilled to officially recognize Women in Construction Week. I strongly believe that when women succeed, we all succeed,” said Mayor Walsh. “Part of our city’s mission is to advocate for equal opportunity for women, and working with Shawmut on this is one of the ways we’re enabling the advancement of women in the Boston workforce.”

Building on the momentum of today’s breakfast, Shawmut will continue to recognize female employees throughout the week by highlighting personnel and their accomplishments. Additional events, panels, discussions, and workshops will be led by women at Shawmut’s offices nationwide and will be livestreamed to all jobsites. Shawmut employees will also work to raise funds for Girls Build—a non-profit organization that aims to inspire curiosity and confidence in girls through the world of building.

“It was an honor to host so many female leaders as we kick off Women in Construction Week,” said Les Hiscoe, CEO of Shawmut Design and Construction. “Shawmut prides itself on being a diverse, talent-driven workforce and we are honored to be recognized by the City of Boston for our initiatives this week.”