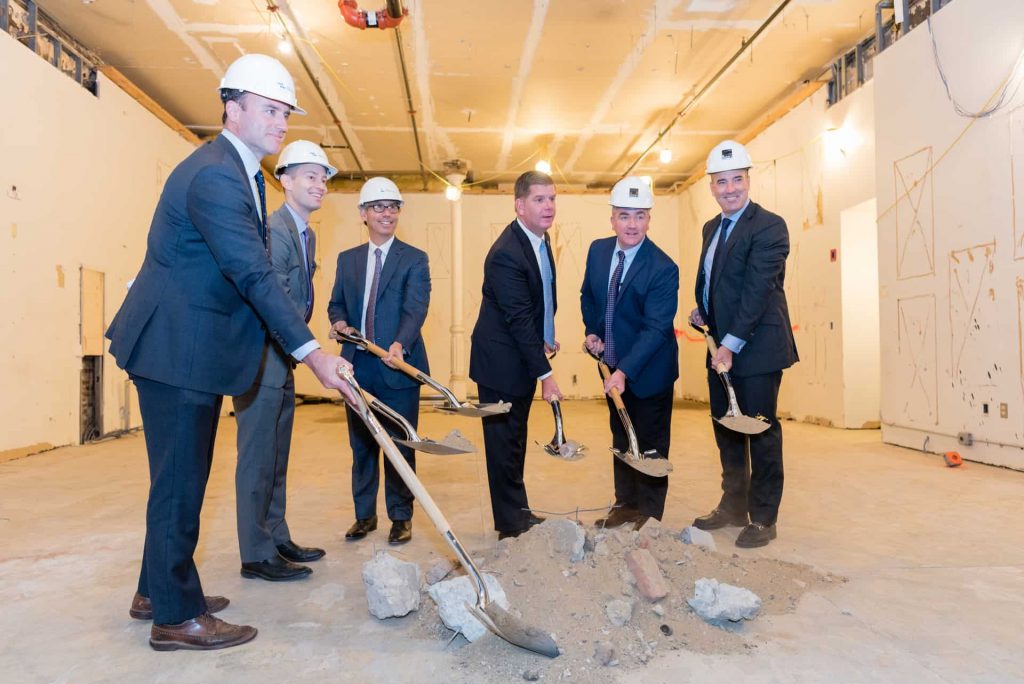 “Shawmut is honored to contribute to Boston’s thriving Downtown Crossing neighborhood with the renovation and repositioning of One Milk Street,” said Les Hiscoe, CEO of Shawmut Design and Construction. “Our team excels at the challenge of preserving iconic and historic buildings, while incorporating modern elements that today’s businesses require.”

Shawmut, Midwood Investment & Development, and architecture firm Gensler collaborated closely to develop the plan and design for the project. Located on the prominent corner of Washington and Milk streets, the mixed-use repositioning will include a renovation of the existing Transcript and Franklin buildings, which were previously connected via an infill building. The 45,000sf development currently hosts retail and office space.

“The recent resurgence surrounding Downtown Crossing makes One Milk Street an ideal location for business and recreation to intersect,” said Kevin Sullivan, vice president at Shawmut Design and Construction. “We’re eager to apply our experience working with historic structures to a development that’s sure to transform the neighborhood.”

The completed structure will preserve the existing historic architecture and will feature storefronts along Washington Street, a new modern lobby, and upgraded office space. The project will also include upgrades such as new elevators, air handling units, electrical systems, and roof.