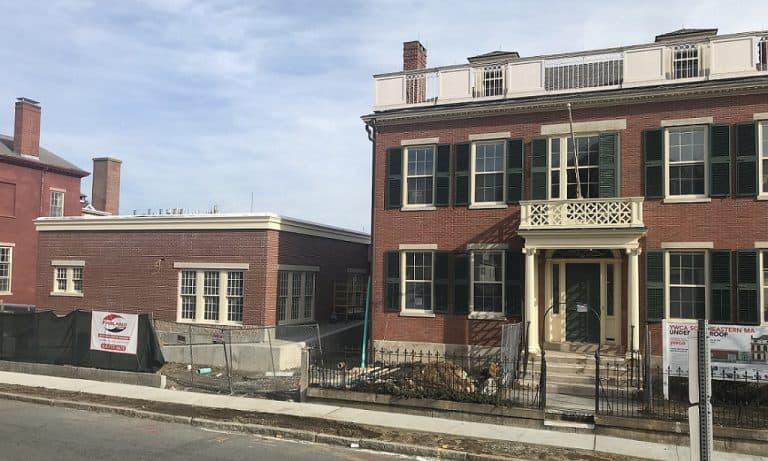 The 6500sf addition will be used for an after-school childcare on the first floor and supportive women’s housing programs on the second. The addition and upgrades to the existing building also received a number of upgrades.

The project also included new features and upgrades to the existing building. Those included new millwork in all new classrooms and pantries; new bathrooms and pantries for ykids program and residential program on separate floors; new reception area with natural light from storefront system; new electrical wiring throughout existing building; rewired all historical lighting fixtures to accommodate upgraded wiring; new bluestone and flagstone walkway in front and back of building; and new wrought iron fence in front of building.

Prior to the YWCA project, South Coast Improvement was the general contractor for a renovation/buildout for the Moby Dick Brewing Company at 16 South Water Street in 2017. SCI was also the general contractor on a renovation project for the Waterfront Historic Area League (WHALE), the Co-Creative Center on Union Street, which opened in March 2018. An additional South Coast Improvement project, the renovation of the former Standard-Times office building into a Renaissance Hotel at 218-226 Union Street, was completed last year.