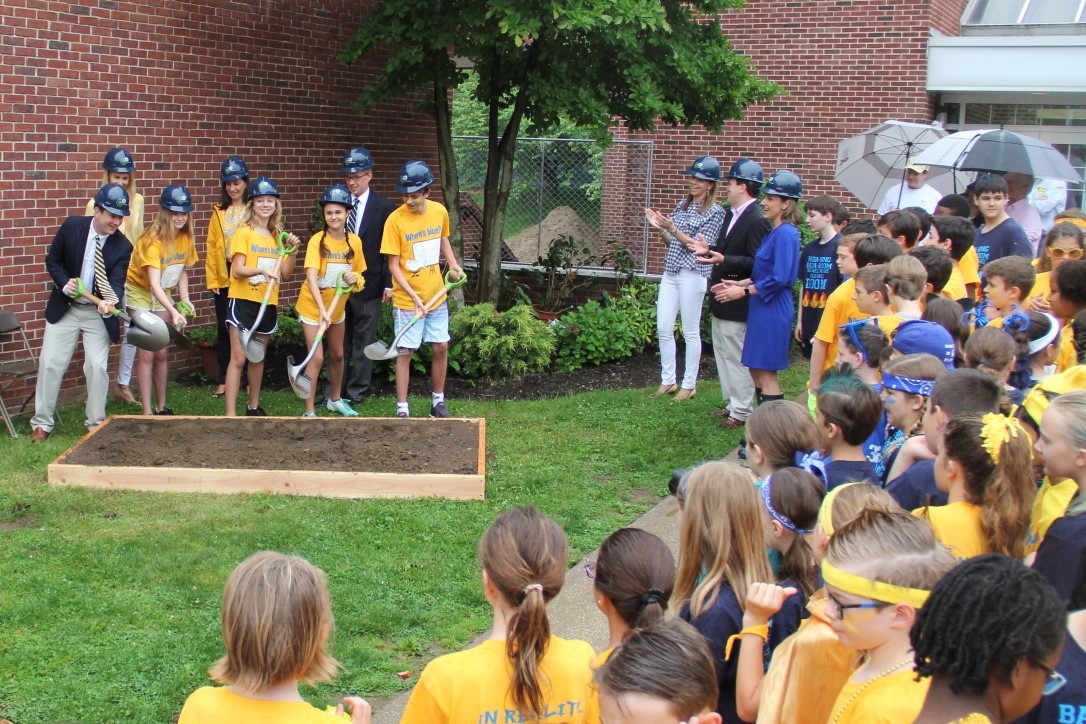 Students at The Green Vale School stand ready with shovel and hardhat at the groundbreaking celebration of the new academic building for grades six through eight. / photo by Joanna Wriedt

Old Brookville, NY – The Green Vale School recently broke ground on the new academic building and renovations, designed by The S/L/A/M Collaborative and being constructed by Cook and Krupa. The ceremony was attended by trustees, administrators, faculty, students, and the project team.

The new 58,000sf project, which comprises both new space and renovations to existing space, will replace the former upper school classroom building with a new facility that integrates science, technology, engineering, and math to encourage interdisciplinary exploration, collaboration, and project-based learning among students in grades six through eight.

The new construction will connect to the renovated existing Iselin Center, home to arts and humanities programs, with the merging of two campuses into a single all-school library.

The new building’s interior spaces will include a renovated all-school library, new math and science center with a new maker space, new classrooms for grades six through eight, group study areas, an enhanced main lobby and admissions area, and a student gallery. On the building’s exterior, a new open space is planned on the south side, creating outdoor learning opportunities that will enhance the adjacent science labs.

Construction is estimated to be completed in August 2019.

“Having worked on the Green Vale Campus for close to 20 years, we are excited to be part of the continuing transformation that occurs on campus.  It is a great honor in being able to partner with Green Vale and SLAM in making this project become a reality,” says Richard Morandi, Vice President, Cook, and Krupa, LLC.

“We are pleased to partner with Green Vale and Cook and Krupa in making their vision for the new academic building and renovation a reality. This period of transformation will enhance Green Vale’s educational space and help to preserve the consistency of architectural style on the main quad, while igniting interaction and discovery between the diverse disciplines occupying these spaces,” says Richard Connell, FAIA, SLAM Principal-in-Charge.