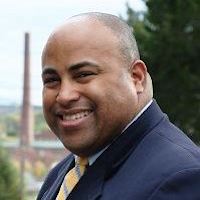 Boston – The MassDevelopment board of directors voted unanimously to empower Executive Office of Housing and Economic Development Secretary Mike Kennealy, the board chair, to extend a contract offer to Lawrence Mayor Daniel Rivera for the position of president and chief executive officer.

In October, MassDevelopment, the Commonwealth’s finance and economic development agency, announced that after three years as president and CEO, Lauren A. Liss would be stepping down from the position at the end of the calendar year.

Rivera joins MassDevelopment after serving as mayor of the city of Lawrence for seven years where he managed a $341 million operating budget, a $92 million Capital Improvement Plan, and oversaw approximately 3,500 employees.

Rivera was also a member of the Baker-Polito Administration’s Reopening Advisory Board, bringing the municipal viewpoint to the group tasked with developing the Commonwealth’s strategy to reopen the economy during COVID-19, and the COVID-19 Vaccine Advisory Group.