Allston, Mass. is named after a largely forgotten 19th century Cambridge artist, Washington Allston. In his day, Allston earned praise for how he conveyed mood in his landscape works and now he is the namesake to one of only a handful of communities in the country named in honor of an artist.

As a Boston neighborhood of over 30,000 people, housing problems persist for both artists and the community at large. SCB’s Architects project at 449 Cambridge focuses on artist living, IDP housing units and smaller sized market rate units that provide more affordable unit options within the neighborhood.

The developments at 449 Cambridge and 2 Emery are a 167,000sf two apartment building complex composed of 152 units ranging from studio to two bedroom. The project includes eight units designed as live-work artist units and 26 that will comply with Boston’s Inclusionary Policy. While focused on affordable housing, the project replaces two underutilized and deteriorating properties along the Cambridge and Emery cultural corridor, revitalizing the streetscape and largely creating a public way that integrates active uses, artist vitrines, and bold building murals.

The two building design is inspired by the simplicity of mid-century buildings, carefully composed fenestration, a purposeful material palette and strong balcony expressions. The Cambridge Street frontage is activated by the lobby and retail storefronts, while the Emery Road elevations are more neighborhood focused with a masonry ground expression and residential scaled articulation and duplex unit access.

The artist work-live units seek to ensure affordability and longterm stability giving burgeoning creators a place to establish a community among other graphic artists, painters, jewelry makers and sculpturers. The 449 Cambridge artists units have dedicated light filled work areas that are distinct from the living space. Each unit also has direct access or wider corridor paths from the building elevators to allow artist materials to be easily brought into the units. By integrating affordable housing for artists, 449 Cambridge is not only creating a new and fresh design for a multi-family project on largely forgotten parcels, it also seeks to become a core part of the neighborhood and contribute to its vitality and  unique character through the clustering of an artistic community.

Alongside the goal of integrating affordable housing and artist housing, the project is going beyond meeting Boston’s Article 37 requirements by integrating BDPA’s more expansive and progressive pilot energy initiatives. SCB Architecture & Interiors’ design for 449 Cambridge and 2 Emery focuses on careful design strategies that do not sacrifice affordability and contribute to neighborhood character. 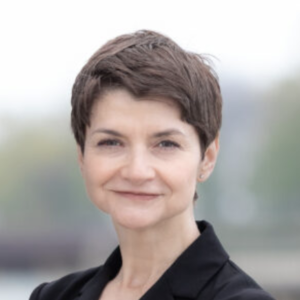 Clara Wineberg, AIA, is a principal at Solomon Cordwell Buenz (SCB) and the executive director of the firm’s Boston office.