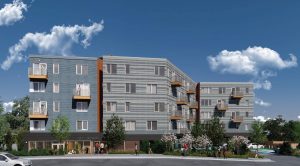 Boston – MassHousing has committed $7.9 million in affordable housing financing to the non-profit The Neighborhood Developers (TND) for the construction of the 571 Revere Street in Revere.

The MassHousing financing will allow The Neighborhood Developers to construct 51 units of new affordable housing for households across a broad range of incomes, including 19 new workforce housing units.

MassHousing is providing TND with a $6 million permanent loan and $1.9 million in workforce housing financing from the Agency’s Workforce Housing Initiative.

The new, energy efficient housing will be constructed in a six-story building on a vacant site two blocks from Revere Beach and within walking distance to the MBTA’s Wonderland subway station. The apartments will be on the top four floors of the building, with garage parking on the first two levels.

The general contractor will be NEI General Contracting, the architect is Arrowstreet and the management agent is WinnCompanies.