In our day and age, a building system is liable to be exposed to different kinds of disasters ranging from equipment malfunction, user error, and natural disasters like flooding. Thus, when incorporating resiliency into MEP systems, we are attempting to design these systems to recover from or adjust to a disaster as quickly and with as little difficulty as possible.

We are all familiar with the phrase, “Time Is Money,” and understand that the meaning behind the aphorism is to suggest that a waste of time will inevitably lead to less money earned. That being said, I would like to provide a slight reword of the expression: “[Down] time is money.” What I mean by this is that the longer a building system is out of service, the more money is wasted. Storm Elsa provides a recent example: All the interruptions from the flood led to downtime which led to the inability of business continuity for various entities and eventually to significant monetary losses. One of the paramount goals, then, of a resilient system is to minimize the downtime and allow for expedient recovery of building systems with the goal of minimizing overall monetary losses.

First, understand the threat. Continuing with our case study, the threat is flood waters damaging equipment and rendering them unusable.

Next, know what building systems will be impacted by the threat. Electrical service equipment located at the lowest level of a building is particularly vulnerable because it interconnects equipment within the building with utility services outside the building. Thus, utility service connection boxes, switchboards, panelboards, and any conduit and wire that exists below the Design Flood Elevation (DFE) level will be impacted.

Then, remove the threat or implement resiliency in your design. One option would be to relocate equipment to a level above the DFE, keeping the threat at bay. However, there is still the fact that the equipment has to tie into services that are located below the DFE such as the utility-to-building connection point which typically occurs at the building facade, just below grade. The engineer is forced to design for resiliency in place by specifying wire and conduit that will sustain some level of water ingress without failure. Conduit can be water/weather resistant with watertight fittings to prevent as much water ingress as possible, while also allowing for reuse after the event. Fiber Reinforced Conduit (FRC), in lieu of Electrical Metallic Tube (EMT) conduit, would be an excellent choice.

It is important to note that a vital part of resiliency is dependability. Selecting manufacturers that are reliable in times of need and that can deliver equipment readily is critical. Such information should be included in equipment specifications.

Although the focus of this article has been flooding, it does not require too much effort to imagine other resiliency measures that could be implemented into design. A standby generator could be provided for a building even if one isn’t necessitated by code, for example. Similarly, a temporary generator connection box might be included if a permanent one is cost prohibitive. Another example is designing systems with few to no single points of failure. In all cases, the aim of resilient design is to ensure that building systems are as they were before the catastrophic event, and that remediation happens as quickly and as seamlessly as possible and is as cost effective as possible. 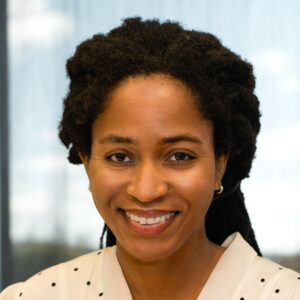