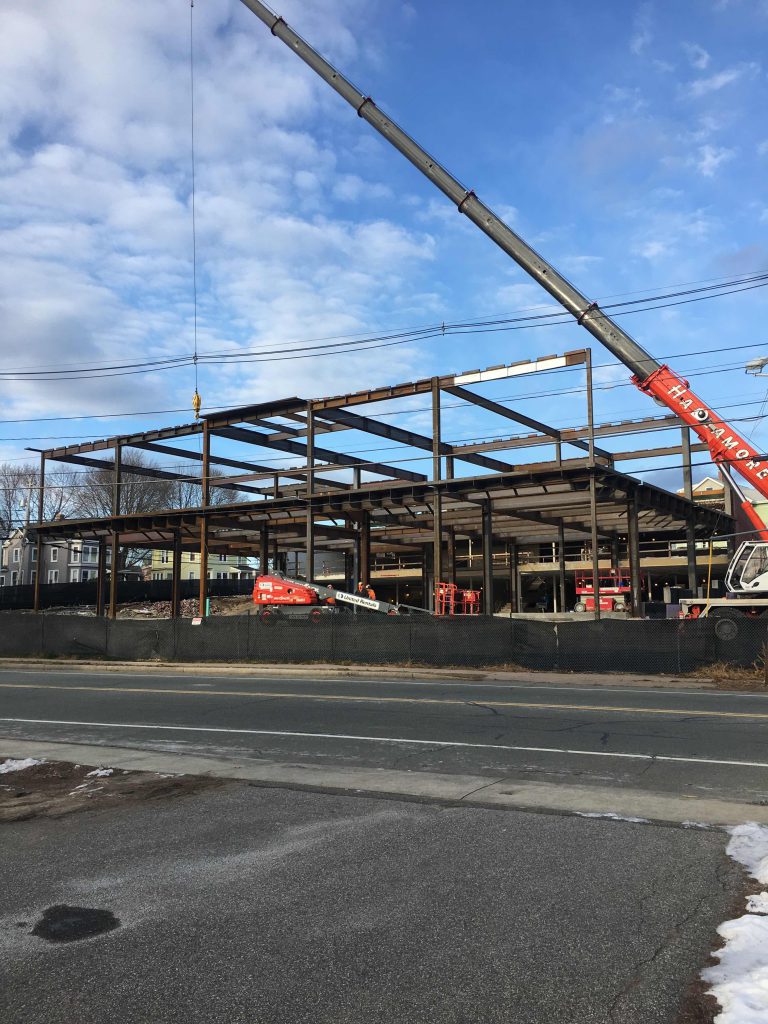 Stoughton, MA – Construction is underway at the Stoughton Public Library in Stoughton.
The project will expand and renovate the current structure of 22,000sf to approximately 31,000sf, bringing thoughtful program-driven spaces that are flexible, comfortable, and welcoming to more effectively meet the demands of a growing population.
The existing 1969 library was well designed for its time, with a large central stair, atrium, and clerestory windows throughout. The open plan was innovative and allowed the library to evolve for many years. With the advent of technology and the passage of time, the building became outdated. 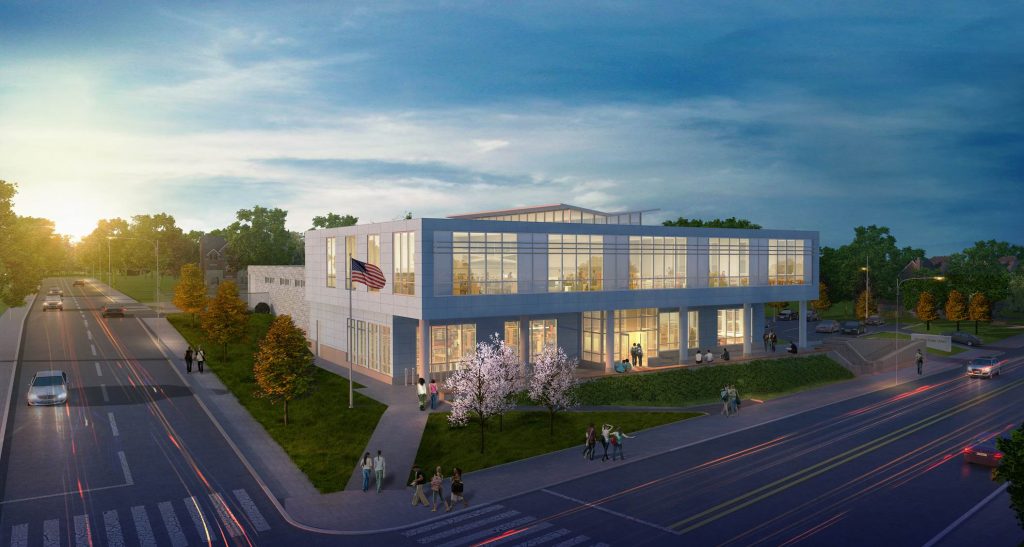 According to Tony Hsiao, director of design at Finegold Alexander, the new design creates a much more open face to the community and the street.  “It invites patrons into the library, and brings much more daylight into the interiors.  The library itself was carefully studied to make the most of what exists, while not being limited in creating a bold new library that was transformative to meet the new vision of the community for a library.”
“We had to create a very efficient and compact design, that had no wasted space for underutilized areas” said Tony. “The result is a two story addition that opened up the library at the ground floor to accommodate a much larger children and youth library, and relocated the adult collection and library meeting spaces to the upper floor.”

When construction is complete, the design-build team will have:

The new design will also expand the second floor and create a glazed addition that extends over the new main entrance terrace.  The project is on schedule to be completed in the fall of this year. 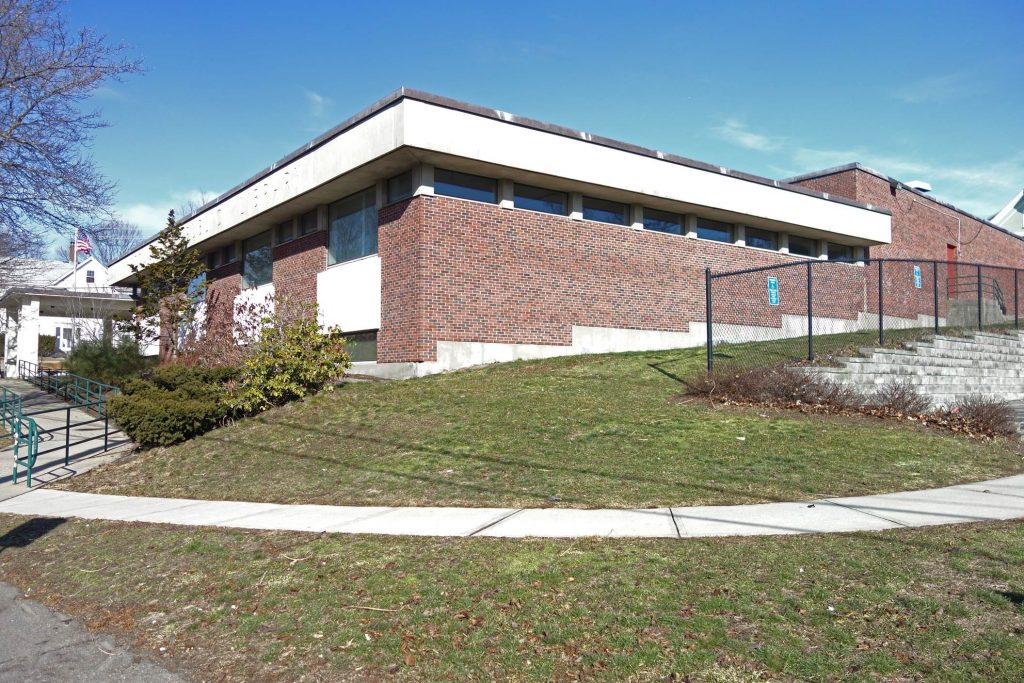