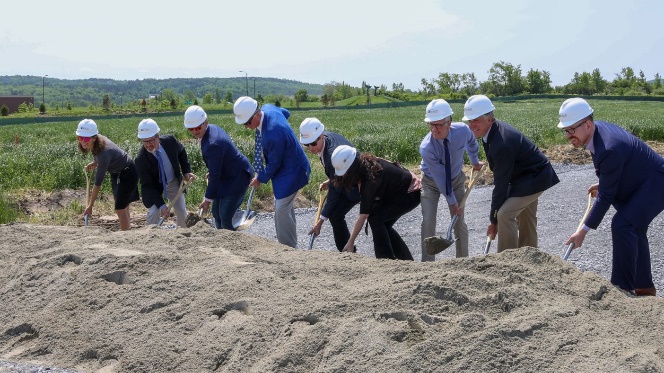 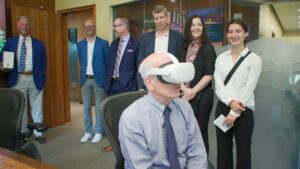 Governor Phil Scott and Congressman Peter Welch joined members of the OnLogic and ReArch Company team, officials from the City of South Burlington, and representatives from Wiemann Lamphere Architects, VHB, and the Associated Builders and Contractors of NH/VT for the groundbreaking ceremony.

The groundbreaking featured the use of virtual reality (VR) technology. ReArch worked closely with Wiemann Lamphere Architects’ building model to offer guests VR experiences which included VR tours of the new headquarters through VR goggles, and 360-degree views of the building from guests’ mobile devices through scannable QR codes throughout the job site. 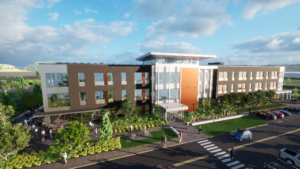 The state-of-the-art facility will provide space for OnLogic’s more than 150 Vermont-based employees. The company estimates that the new facility will be able to fully accommodate its planned growth in Vermont for the next 7-10 years. The company has grown at an average of 30% annually, with a global revenue of $110 million in 2021.

Development of the new space has focused on sustainability, energy efficiency and community connectivity, with an anticipated construction completion date near the end of 2023.

The new facility will allow OnLogic to meet the ever-growing demand for the company’s small, highly customizable computers designed for use in industrial environments.

“This expansion is a clear sign of what a global leader this company is, and I look forward to seeing how much more [they] can do once this facility is opened and operational,” said Governor Phil Scott. “The fact is that the growth of a business like OnLogic has so many benefits. Innovative businesses, and the growing tech sector, [are] putting us on the map globally, and OnLogic is a big part of that.”