There was a time, not so long ago, when tenants relocating to a new office would follow a simple formula: Hire an architect, develop a set of plans, put the project out to bid to general contractors, and wait while the space was built out.

In theory – assuming everyone did their job – the new office would meet client expectations and be ready on time and within budget. In reality, that was not always the case. Even the best designs don’t always translate into seamless execution by the contractor, and schedule delays or wholesale reboots were not uncommon. In addition, following the architect’s vision often meant incorporating features that – while aesthetically pleasing or state-of-the-art in terms of functionality – often resulted in cost overruns.

In recent years, project managers have spearheaded a major shift in project delivery. Spurred by growth in the tech sector, the Greater Boston real estate market is one of the hottest in the country. In Boston, Cambridge and select suburban locations, companies are designing cutting-edge office space as a way to attract and retain talent. Consequently, the demand for both ground up construction and tenant fit-outs means general contractors are in high demand, and tenants are increasingly seeking compressed move-in schedules. Time is of the essence, so the traditional design-bid-build model is no longer viable.

That model has largely been replaced by “GC & Fee” (cost of work plus contractor’s fee, typically 2-3% of the total project cost), especially Downtown projects. One of the drivers behind adopting this approach is the uniformity of pricing in the market, as Boston is a union city and GCs are drawing on the same pool of subcontracting companies. This allows PMs to estimate the cost per square foot with a degree of certainty and to get a general idea of what overall pricing for the project will be.

While pricing is still of paramount concern, it becomes less of a variable, so the decision-making process becomes more about the comfort level the tenant has with the general contractor and their ability to fully understand the goals of the project. This is where it pays to have an experienced PM, who usually has a roster of GCs with whom they have cultivated long-term relationships. Not only can the PM be confident that the GC will deliver based on their track record, but if issues arise on a project, there tends to be less adversarial conflict resolution. When PMs have taken the time to build solid relationships, GCs are more willing to take a long range business view and work together to come up with solutions to problems. The GC is now seen as a partner working in concert with the client to achieve a common goal.

When working with the tenant to help select a GC, it’s also important to have the firm’s project superintendents in on the initial interviews.  The GC’s supers – rather than the president or business development person – will be working most directly with the tenant and can usually offer creative, real world approaches that come from day-to-day experience in the field.

GC & Fee is a much more team-focused approach, from the preparation stage through project completion. Architects build to their vision, while project managers build to the reality and are tasked with keeping projects on schedule and within budget. It’s the job of the PM to set the expectation for the architect before they create a final design, keeping a square foot price in mind throughout the process and letting the client know when the cost associated with the design element is worth the investment. The architects we’ve worked with acknowledge that it’s not their vision and budget they are designing for, and are usually willing to make modifications to meet budget demands. When the entire team is working in the best interest of the client, it’s important for everyone to check their ego at the door.

Following the completion of the conceptual design development agreed upon by the architect and tenant, it is best practice to bring in the estimation team from the chosen general contractor to begin building a budget and if necessary, to provide alternatives to the project scope to reduce costs, typically referred to as value-engineering. The process is similar to buying a luxury car. The team begins with a rough design package, deciding what features can be added or subtracted depending on how much they are willing to pay for the cool factor, or where alternate products can be substituted as they go through the construction budget, line-by-line. The tenant can then prioritize which features to include in the final design – before construction documents are drawn up.

When the project is underway, it is critical to have check-in points throughout the process to help PMs adjust and modify the design as needed to reduce time and cost overruns and avoid dreaded change orders.

The beauty of this model is that you have the entire team in place – the PM, GC and architect – working together, taking a realistic approach to the project, but ultimately it is the client making the decision on how to achieve the optimal work environment while containing costs. 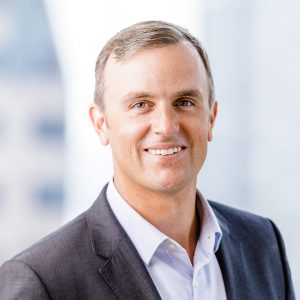