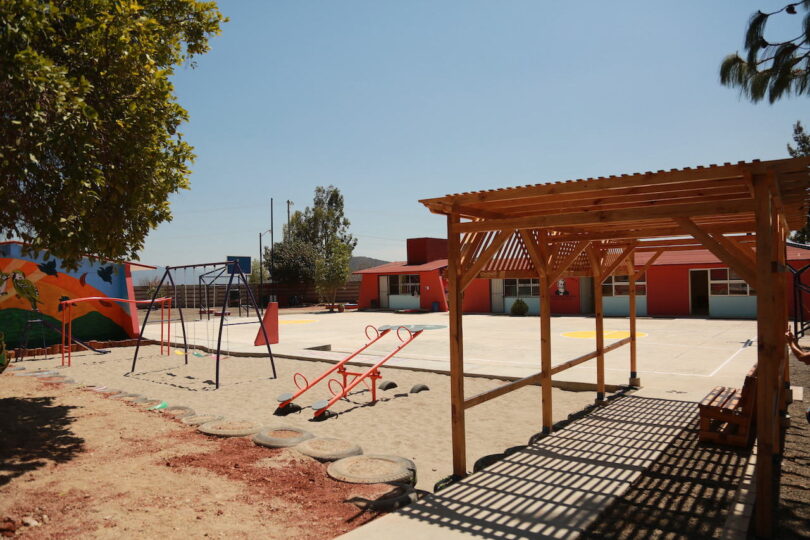 Mattapoisett, MA – All Hands and Hearts (AHAH), a non-profit organization helping people and communities impacted by disasters, unveiled the recently-constructed Guillermo Prieto Primary School to a crowd of more than 200 people on Saturday in Santa María de Albarradas, just outside of Oaxaca, Mexico.

Since last September, volunteers have joined from countries including the U.S., Belgium, United Kingdom, Bulgaria, Canada, China, Czech Republic, France, Germany, Greece, Ireland, Italy, Luxembourg, Mexico, Poland, Portugal, Serbia, Switzerland and Spain to carry out the reconstruction and repair of the school, which was damaged by earthquakes in September 2017.

The program included the demolition of unsafe spaces, total reconstruction of a new building and the repair of three existing buildings with superficial but not structural damage. Two classrooms, one warehouse and two bathrooms were fully reconstructed and five rooms, one office and two bathrooms were repaired. AHAH improved the school’s outdoor spaces including a basketball court, garden and children’s playground.

Donors who made this construction possible include TUMI, RLH Properties and its corporate foundation SANCUS, Fundación SURA, The Home Depot Foundation Mexico, The American Society of Mexico and its allies, and Happy Hearts Fund Czech, who over the years has supported AHAH’s initiatives to provide a better quality of life to communities in Mexico.

A virtual unveiling was held on March 15 at 10 a.m. In attendance for the celebration were representatives from Oaxaca’s educational infrastructure agencies, local community leaders, donors and AHAH Mexico’s chief executive officer.