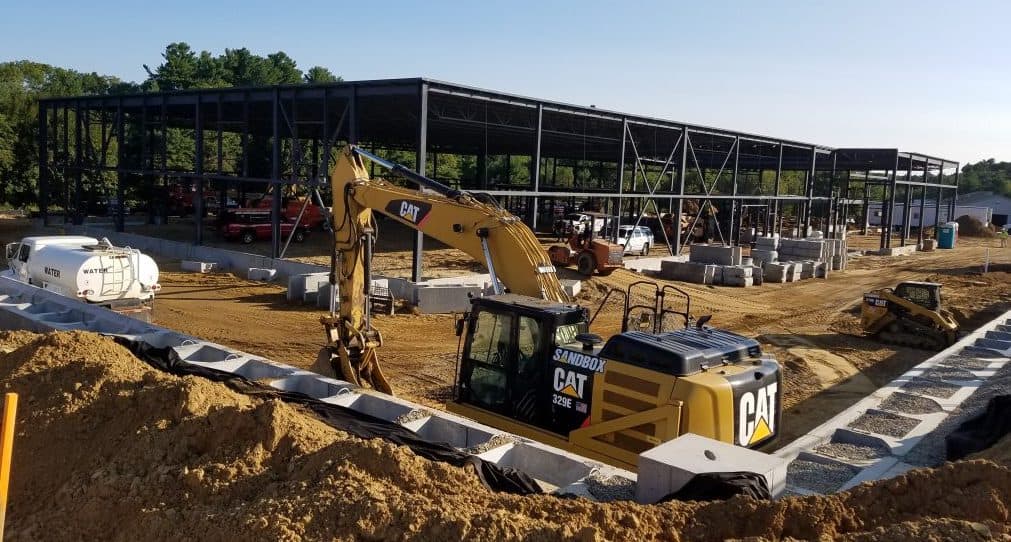 Braintree, MA – Polar Design Build announced that it has finished the structural steel frame of the 40,000sf automobile dealership under construction for Sullivan Toyota in Kingston.

In Phase 2, Polar will replace the original lot and create 310 spaces for new and used vehicles as well as customer and personnel parking. The Sullivan Toyota dealership will then shift its operations from the old building to the new building. There will be associated site-work, and a final cleaning will occur. The new dealership is due to be completed in March 2018.