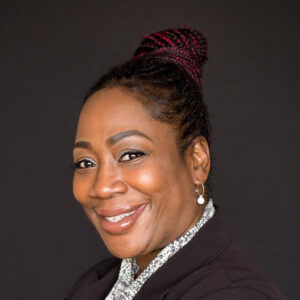 Boston – The Institute of Real Estate Management (IREM) Boston Metropolitan Chapter No. 4 announced that Kimberly Parker, CPM, C21P, COS, who has served as the chapter’s Diversity, Equity, and Inclusion (DEI) Committee chairperson over the last several years, was recently named chairperson of the national organization’s Diversity Advisory Board. The position became official at the beginning of the year.

Parker, who is a senior property manager for the Abrams Management Company, originally joined IREM just over three years ago. Soon after, she joined the chapter’s DEI committee, and took on the role of chair.

Parker found inspiration for various committee initiatives based on her own experience. “I realized that my career had allowed me to turn my situation around,” she said. “Because of my job, I was able to pull my family out of poverty, and I wanted to do what I could to help other young folks like myself.”

Along with committee members Pietrina “Patty” Staples and Ka-Ling Flynn, Parker started attending career fairs and visiting community colleges and high schools to talk about a career in property management. They made connections with teachers and professors, and asked their fellow IREM Boston members to share job openings, which they then passed along to potential candidates.

Currently, Parker is collaborating with other organizations throughout the commonwealth to rework a minority training program for property managers, something she says she hopes to eventually be able to expand to the national level.