Women have always played a part in all facets of the architecture, engineering, and construction (AEC) industry. The ability to be recognized for our competence, commitment and contributions has at times felt like an uphill battle, as we serve as business leaders, owners, and CEOs, and create space for the women that come after us. Making our way in a male-dominated industry often still presents its challenges, but real change has begun to cultivate a more supportive atmosphere, allowing women-owned businesses a greater visibility to showcase their work as innovative and influential providers in the industry.

As a female owner and principal of an independent hardware consultancy, I have been fortunate to witness these forward steps while also recognizing how far we still have to go. My father, Robert J. McCabe, AHC, purchased Campbell Hardware, Inc. in the 1950s, later naming it Campbell-McCabe, Inc., focusing services on hardware consulting specifications. Throughout his time as owner of the firm, he was a strong supporter of women in the industry, as he prioritized hiring women and supporting them in their education or as apprentices. As one of my biggest supporters, I distinctly remember him telling me that women have to work twice as hard in the industry to achieve the same roles and recognition as our male counterparts, a sentiment that often rings true today. 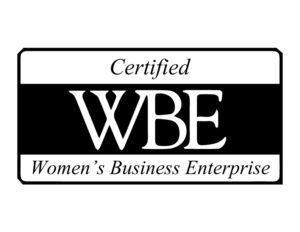 When I accepted the role of CEO and owner of Campbell-McCabe in 2013, I immediately began pursuing the Women Business Enterprise (WBE) certification for the state of Massachusetts. I wanted to continue my father’s legacy while purposefully pursuing opportunities to demonstrate our high-quality work and participate as members of diverse project teams. The WBE certification is offered through the State of Massachusetts’ Supplier Diversity Program, and it has made a difference for our firm, as diversity guidelines and requirements are incorporated into more building projects, at all stages of construction. It has given us the opportunity to work alongside some of the most well-respected architecture, design, and construction teams in the business, and to make our brand more visible. As our reputation becomes more well-known in the industry, nearly all of the firm’s present day contracts – both public and private – now result from word of mouth referrals. In addition, close to 40% of our current work now comes from repeat business.

Another important influence on our company has been the State of Massachusetts’ requirement that a design firm that is awarded a project be obliged to use the consulting team it presented as part of its qualifications. This ensures that the women- and minority-owned businesses (W/MBEs) that were originally presented in the qualifications as part of a diversity requirement will indeed participate in the project. Important steps like this one will continue to lift up the businesses that have been overlooked or who have lacked the visibility or resources to compete with bigger firms on high-profile building projects.

I remain grateful for my father’s advocacy and commitment early on, as he took an active role in lifting up women and providing pathways for their success, including my own. It has been refreshing to see that mentality really taking hold within the industry, and women-owned companies having greater opportunities to exhibit their great work and build a reputation on building projects in all sectors. I look forward to the next decade, as we continue to work to ensure that W/MBEs play a substantial role in the industry and the building projects of tomorrow. 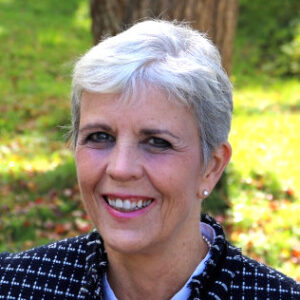