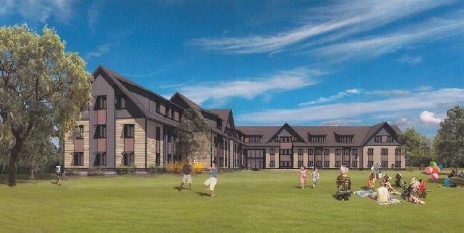 The North Commons at Village Hill project marks the final phase of TCB’s work redeveloping the former Northampton State Hospital. This final project will bring to 138 the number of affordable and workforce rental homes TCB has built at Village Hill, along with six single-family homes that were previously sold at affordable prices.

Valley Community Development  is working with TCB as a community liaison and was a co-sponsor for project financing.

MassHousing is supporting the development of North Commons at Village Hill by providing TCB with $3.1 million in taxable permanent financing and $1.4 million in financing from the Agency’s Workforce Housing Initiative. The project will have Passive House standards and feature significant open space areas, including a playground, walking paths, and lawn space for the building residents, as well as the overall Village Hill community.

The general contractor is Saloomey Construction, Inc. The architect is Davis Square Architects and the management agent will be TCB.