Newly-elected president Joe Biden recently signed a series of executive orders to follow through on his campaign pledge to combat our greatest existential threat: climate change.

In short, the bold action underscores that the future is bright for the solar industry.

For example, Biden “directs the federal agencies to procure carbon pollution-free electricity and clean, zero-emission vehicles to create good-paying jobs and stimulate clean energy industries.” This is seen as the first step to reorient federal energy purchases around clean power resources and spend $400 billion on federal procurement of green resources such as renewables, batteries and electric vehicles.

Biden is taking a proactive approach. He noted, “We can’t wait any longer,” to address the climate crisis.

On his first day in office, Biden signed orders to rejoin the international Paris Agreement and rescind federal permits for the Keystone XL pipeline project and other oil, coal and gas infrastructure projects. The Biden-Harris administration also pledges to streamline wind and solar projects on federal lands.

The new administration has set an ambitious goal of eliminating pollution from fossil fuel in the power sector by 2035, speeding up what is already a market-driven growth of solar and wind energy, and lessening the country’s dependence on coal, oil and gas.
According to the U.S. Energy Information Administration, in 2019, 61% of the nation’s electric power came from natural gas and coal, 20% from nuclear and 17% from wind, solar and other renewable energy.

Given the culture and climate of the new administration, those numbers will be changing and the future of solar appears to be bright. 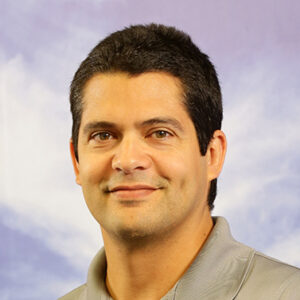 Daniel Mello Guimaraes is CEO and co-founder at Boston Solar.