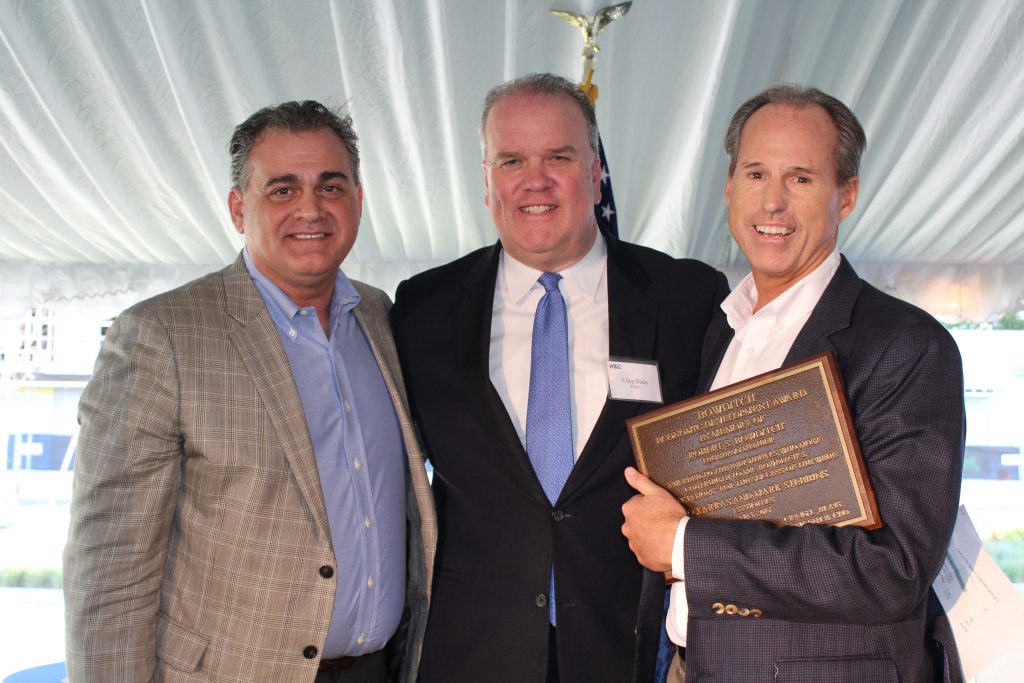 Leo Xarras, who is the chairman of Colwen Hotel Management of Portsmouth, N.H., and Mark Stebbins, CEO and chairman of PROCON in Manchester, accepted the award at Worcester’s CitySquare Plaza. The ceremony was officiated by WBDC chair John Merrill and president and CEO Craig L. Blais. Mayor Joseph M. Petty was present along with numerous city business leaders, officials, and well-wishers. 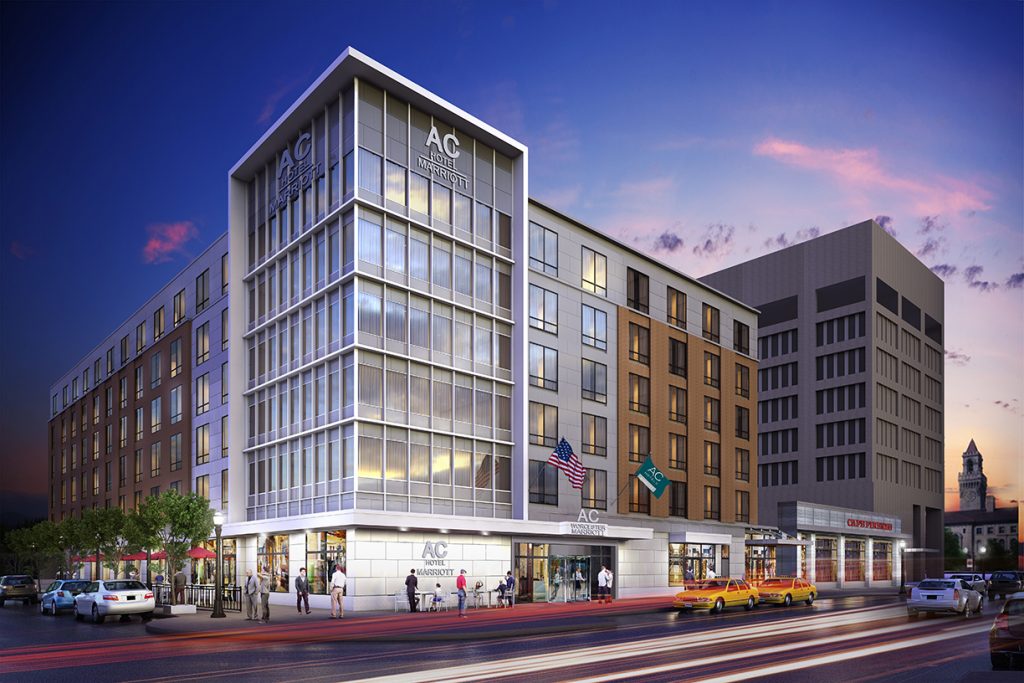 In a brief acceptance speech, Mark Stebbins said, “We have been incredibly impressed with the support that Worcester has given us on every project we have taken on here.”

Today, Gateway Park is an acclaimed academic and engineering and technology hub, but 22 years ago it was a parcel of contaminated land. Before passage of the Massachusetts Brownfields Act of 1998, XSS Hotels decided to take a chance on the contaminated site. In partnership with the Central Mass Economic Development Authority, they built the 134-room Courtyard by Marriott Hotel, which launched the development of Gateway Park.

The success of the Gateway Park led to the construction of additional hotels to include the Residence Inn by Marriott on Plantation Street and the Hilton Hampton Inn and Suites on Prescott Street. In 2016, they began work on the 168-room AC Hotel by Marriott that is currently under construction at 125 Front Street across from CitySquare. The European-styled boutique hotel is expected to open in early 2018.

Craig Blais presented the award. He cited the two decades of economic impact made by XSS Hotels in their City. “Leo and Mark are not just your typical developers. They are both huge supporters of the communities in which they do business.” Craig described how their development of hotels, support of the community and influence on other businesses is a key factor in the ongoing development of the Greater Worcester area.

Stebbins  expressed his appreciation for the business partners whose behind-the-scenes efforts and financial support have made it possible. Mark said that approximately 80% of their hotels are staffed by Worcester residents and concluded his acceptance with gratitude for their work. “They are amazing; they really care about what they do and work hard to make the hotels a success.”