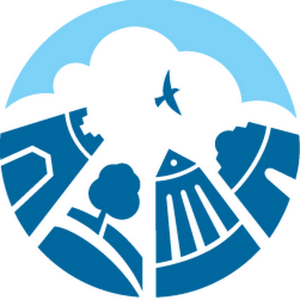 Washington – Three dynamic projects, including two in New England, are the winners of the 2019 Richard H. Driehaus Foundation National Preservation Awards, according to an announcement made by the National Trust for Historic Preservation.

Chosen from a highly competitive field of projects, this year’s winners are the Unity Temple in Oak Park, Ill., the iconic Longfellow Bridge in Boston, which handles more than 28,000 motor vehicles and 100,000 transit riders a day; and South Street Landing in Providence, R.I., a more than 300,000sf former power plant that, after 17 years left abandoned, is now a shared use space for local universities and an economic driver in the revitalization of the surrounding area.

With advice and oversight from six federal, state and local historic agencies, the Longfellow Bridge was restored using the highest rehabilitation and restoration standards. The extensive restoration project preserved the bridge’s distinct architectural character, while  addressing structural and code deficiencies. To improve safety and functionality,  new lighting systems were installed, sidewalks were widened, and dedicated bike lanes were constructed.

In 2013, Boston-based developers, CV Properties, started working with three significant Rhode Island institutions, Brown University, Rhode Island College, and the University of Rhode Island, to develop a shared vision for the future of South Street Landing. Completed in 2017, with the help of federal, state, and local tax credits, the property was transformed into more than 305,000sf of adapted shared space.

Rhode Island College and the University of Rhode Island joined together to create a state-of-the-art nursing education center, which includes technologically advanced simulation and training systems, complete with lifelike, robotic mannequins. The remaining space was allotted to Brown University for administrative offices. The renewed use of the structure has spurred additional investment, giving rise to an emerging innovation and design district that has supported the economic revival of the surrounding waterfront area.

Presented annually following a juried competition process, the Driehaus Foundation National Preservation Awards are bestowed on historic preservation efforts that demonstrate excellence in execution and a positive impact on the vitality of their towns and cities.

The winners were selected by an external jury. This year’s winners were honored as part of PastForward 2019 at the National Preservation Awards Ceremony on Oct. 11 at the Downtown Sheraton in Denver, Colorado.