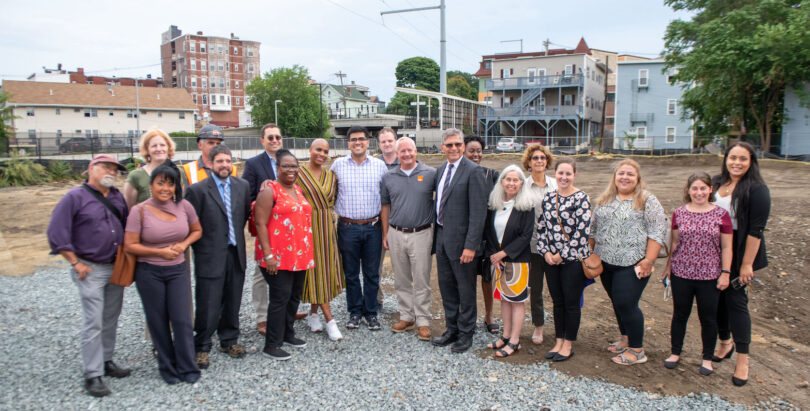 Selected by The Neighborhood Developers, Inc., a community development corporation founded in 1978 in Chelsea, NEI will transform a former light industrial site into a single mid-rise building with 62 new mixed-income rental and homeownership units, located on the MBTA’s Silver Line near Bellingham Square. The Massachusetts’ Legislature has committed $115 million in federal funds from the American Rescue Plan Act (ARPA) to scale up the CommonWealth Builder Program, and 25 Sixth Street is the first homeownership project in Massachusetts to utilize the funding. The CommonWealth Builder Program is an initiative created to address the racial homeownership gap in Massachusetts by creating new homeownership and wealth-building opportunities in communities of color. 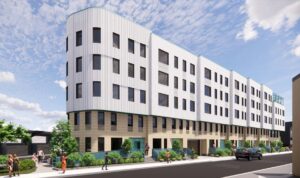 NEI was retained by TND for the demolition of an existing building and the construction of a new 5-level residential building with 56 rental units, six ownership units, and covered parking for 40 vehicles. The new building will be constructed to meet passive house standards. This is NEI’s eighth passive house project in Massachusetts.

“The transformation of 25 Sixth Street in Chelsea is a showcase for the mission-oriented work of The Neighborhood Developers, and for our state’s leadership in deploying federal pandemic relief to create stronger and more equitable communities,” said MassHousing executive director, Chrystal Kornegay. “This development will create quality new homeownership opportunities and affordable rental housing, in close proximity to transit and jobs, and provide a platform for economic prosperity.”

“We have a long-standing working relationship with NEI and knew they would be a great partner in bringing this project to life,” said Steve Laferriere, director of real estate at The Neighborhood Developers. “The CommonWealth Builder Program is hopefully going to fuel the development of more transit-oriented affordable homeownership opportunities to serve communities of color like Chelsea across the state.”

The CommonWealth Builder Program is the largest state-level program of its kind in the nation. Massachusetts’ Governor Baker and MassHousing launched the CommonWealth Builder program in mid-2019, as a $60 million initiative to build roughly 500 new workforce homes affordable to first-time homebuyers in communities of color.