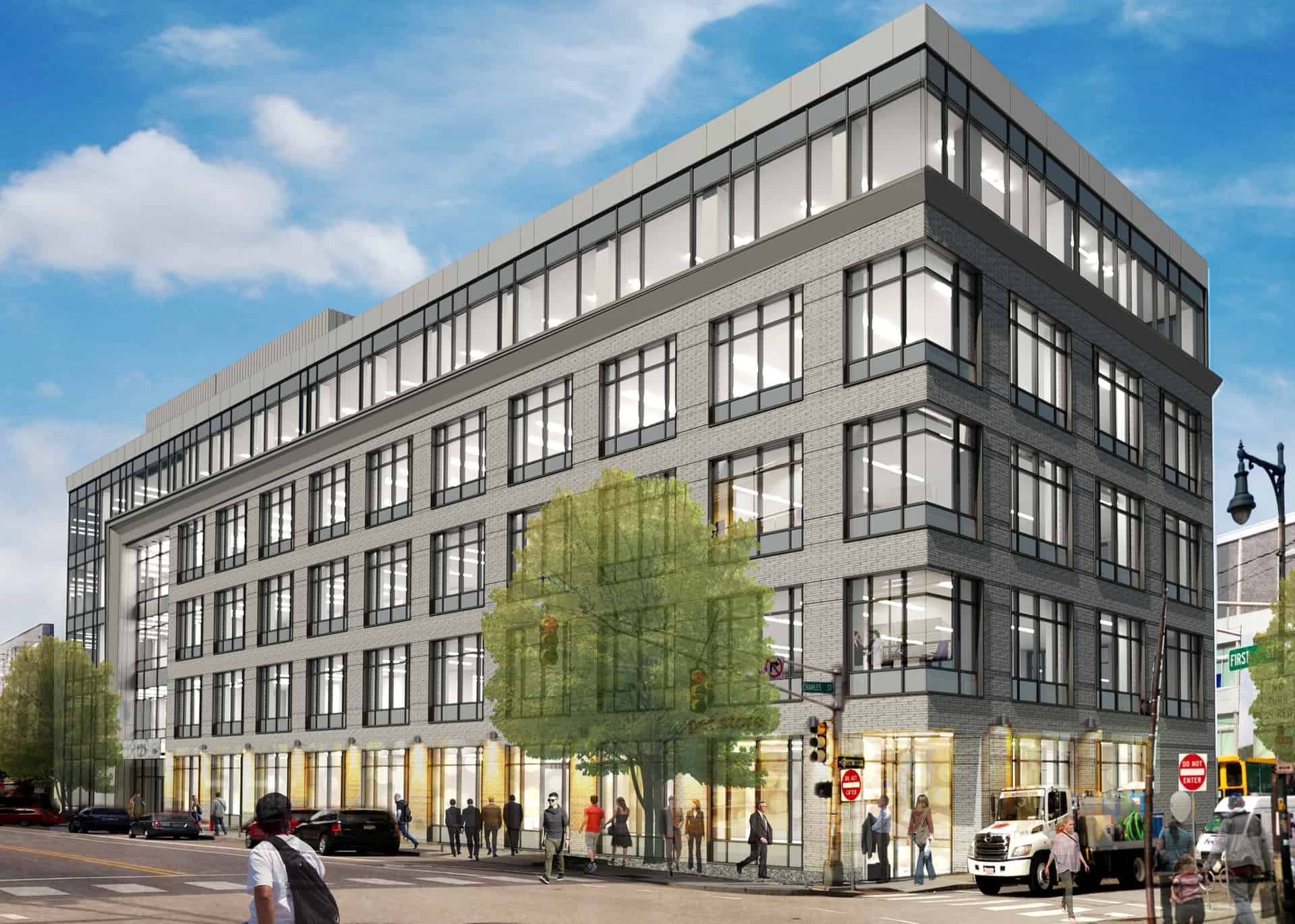 The building will feature approximately 48,500sf of Class A office space and 10,000sf of retail space in one of the nation’s hottest real estate markets. JLL is the exclusive leasing agent for Urban Spaces. A summer 2018 completion is anticipated.

Designed by award-winning architectural firm Perkins Eastman, the development is located across from CambridgeSide in the First Street Corridor, which links the MBTA Lechmere Green Line and Kendall/MIT Red Line stations. The project is down the street from the long-awaited development of Northpoint, which is now moving forward, and will be the first of a four-parcel, master plan development that will include housing, retail, and office spaces. 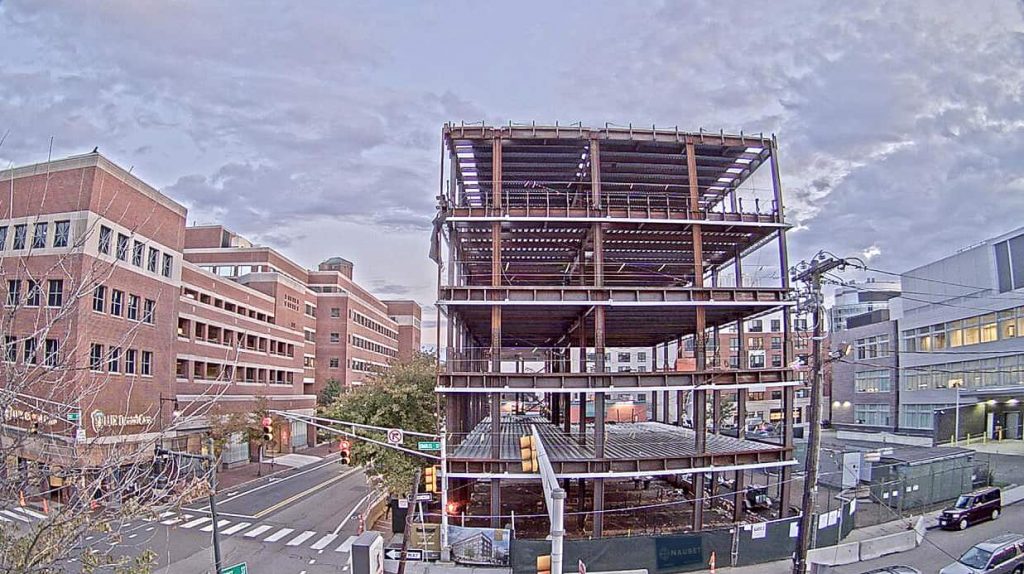 A vacant two-story windowless warehouse and a surface parking lot were razed to make way for the five-story development, which will be composed of structural steel over a reinforced concrete slab. The façade and exterior will be comprised of a combination of stonework, metal panels, and solar-ban glass; 52 parking spaces will also be built to accommodate employees and retail customers.

“Our vast experience building in tight urban infill developments is serving us well on this project,” said Nauset Construction president Anthony Papantonis, whose firm has previously collaborated on several projects with Urban Spaces, including most recently, 7 Cameron, a 37-unit, transit-oriented community in Porter Square in Cambridge.

“East Cambridge continues to be one of the most desirable destinations in the U.S. for both tech and life science companies,” said JLL Managing Director Peter Bekarian. “121 First Street, in the midst of this dynamic market, is attracting strong interest from companies of various size and type.” Joining Bekarian on the leasing team is Executive Vice President Molly Heath.

The project will play a prominent role in creating the pedestrian-friendly, mixed-use neighborhood envisioned for First Street by Urban Spaces and the City of Cambridge.

“Given the high demand for office space in the Greater Boston real estate market – particularly in East Cambridge – we’re very excited about the building’s prospects,” said Paul Ognibene, CEO of Urban Spaces. “A variety of companies ranging from established Fortune 500 to late-stage startups have expressed significant interest for both the office and retail space.”

According to research from JLL Boston, the vacancy rate for Class A space in East Cambridge is currently less than 1.0 percent and rents have jumped to $84.87 PSF in the second quarter of 2017, a year-over-year increase of 14.4 percent.