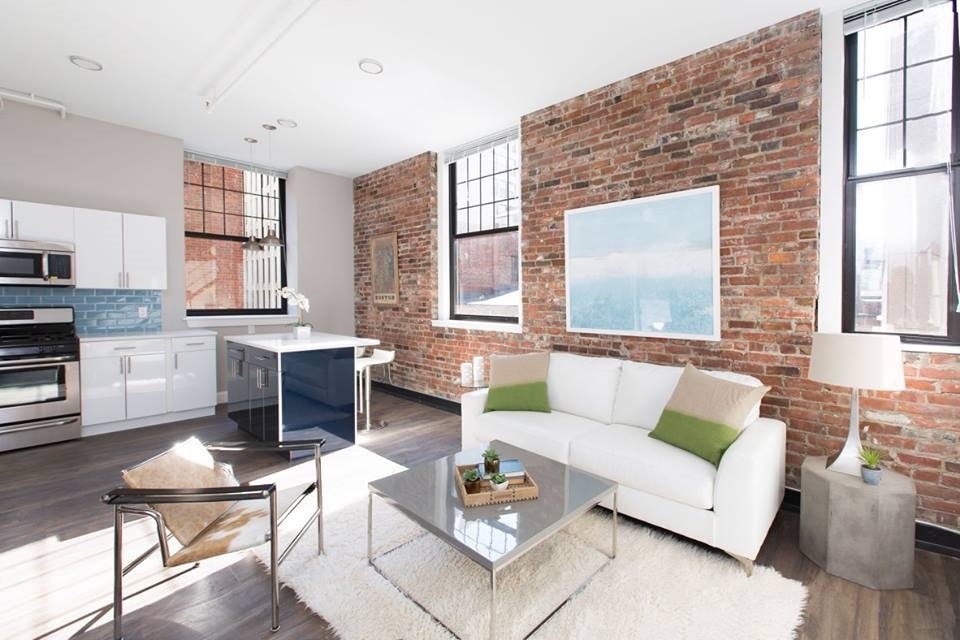 View of apartment at The Conrad

Boston – Nauset Construction recently completed the transformation of the historic Conrad’s department store into 27 two, three and four-bedroom apartments providing the revitalized Downtown Crossing housing market with much-needed larger rental units. Located on Winter St., with the main entrance abutting the iconic Orpheum Theater on Hamilton Place, the building was converted from its most recent use of office space into 32,000sf of luxury apartments for owner 3MJ Realty.

Designed by Schopf Design Associates, the original stone facade of the 19th century Beaux Arts building has been restored with the historic architecture seamlessly integrated into the modern exterior and interior design.

Three light wells extending from the third floor to the roof were created to supplement the natural light provided by the large windows of the original department store, which were retained and restored.

“Although there have been a number of new residential buildings constructed in the downtown and Seaport neighborhoods in recent years, there remains a dearth of three and four-bedroom units,” said Morris Naggar, principal of 3MJ Realty. “The Conrad addresses this shortage, and combined with the architectural splendor of the original Conrad’s building, we expect to achieve full occupancy very quickly.”

The original Conrad Department store was constructed in the mid-nineteenth century and was extensively remodeled in the early 1900’s. In 1958, Conrad’s merged with Chandler’s, a rival department store, to form Conrad and Chandler’s at the Winter St. location. By the late 1960’s, the top floors of the downtown store had been converted into Class B office space, which remained occupied until the building was slated for conversion to The Conrad. This project represents the third collaboration between Nauset and 3MJ Realty.