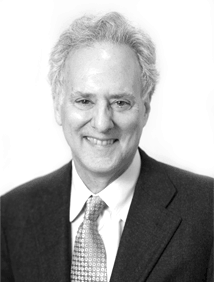 Needham, MA – NAIOP Massachusetts announced that Alan Leventhal will receive the 2015 Edward H. Linde Public Service Award. Recipients of this award are chosen based on their civic and charitable contributions, along with a life-long commitment to the highest values of service to the greater community.

Leventhal and his wife, Sherry, operate the Sherry and Alan Leventhal Family Foundation.

Leventhal is the chairman of the board at the Damon Runyon Cancer Research Foundation and a member of the MIT Corporation. He is also a trustee of Boston University and a life trustee of Northwestern University. He serves on the board of Friends of Post Office Square and the Norman B. Leventhal Map Center at Boston Public Library.

“Alan Leventhal is tirelessly devoted to public service and has redefined what it means to give,” said David Begelfer, CEO of NAIOP Massachusetts. “Alan has made a huge impact in our industry and is more than deserving of this award.”

The award will be presented at NAIOP’s Annual Awards Gala on November 5 at the Westin Waterfront Hotel in Boston.