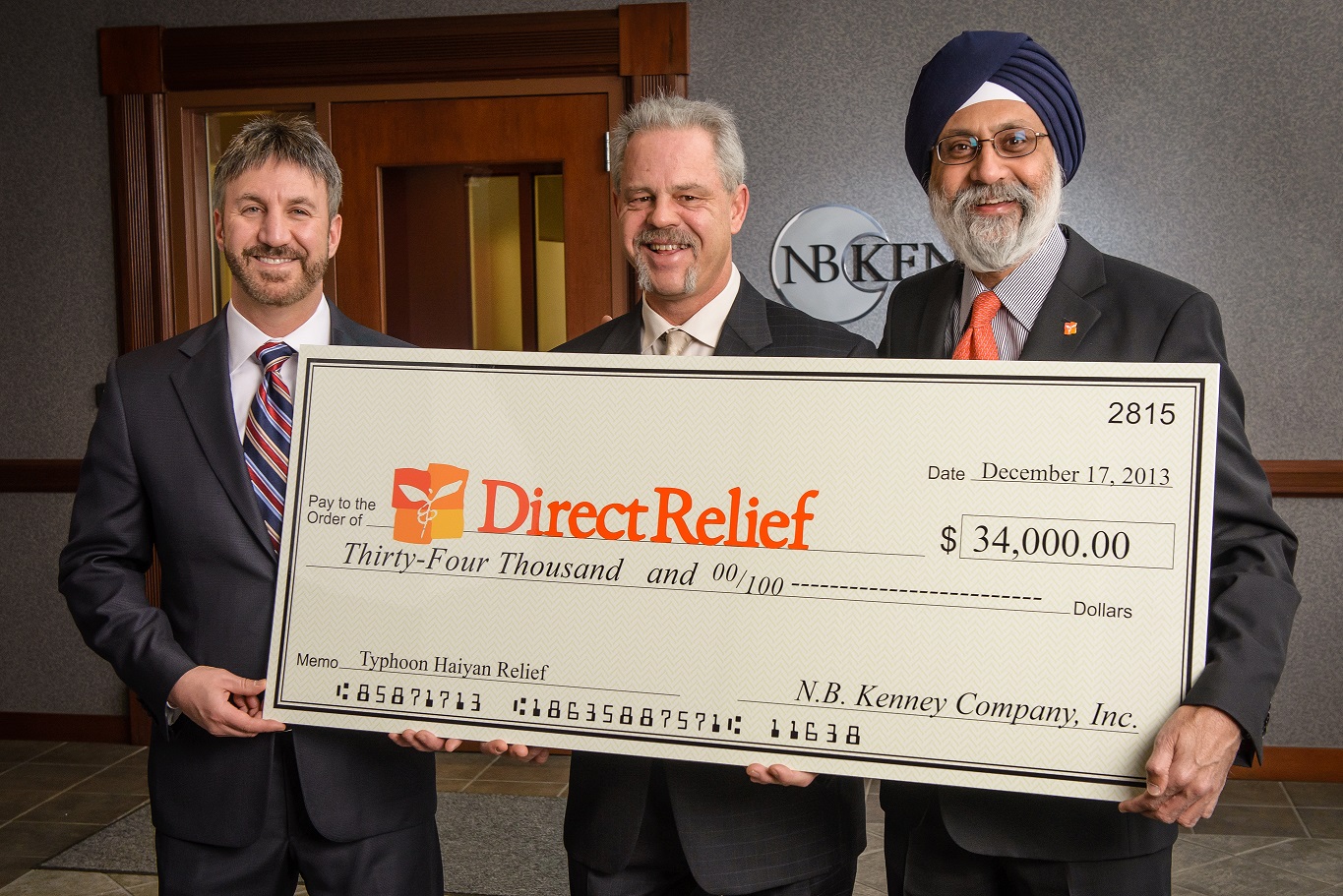 Devens, MA –  N.B. Kenney Company, Inc. has raised $34,000 in donations for the ongoing relief efforts in the Philippines following the typhoon that devastated the island nation last November.   N.B. Kenney offered to match up to $10,000 in donations and quickly surpassed the goal thanks to the generosity of its employees, subcontractors and vendors.

“The unbelievable destruction caused by Typhoon Haiyan made us want to help even though we are half a world away. We challenged our team to join us in raising these resources, and we could not be more thankful for their support,” said Robert Nims, executive vice president of N.B. Kenney, headquartered in Devens.

Nims also stated that N.B. Kenney selected Direct Relief, a leading medical relief organization based in California, as the recipient of the donation, in part because the funds could be earmarked for the Philippines recovery and the non-profit organization’s 100% efficiency rating from Forbes magazine.

“Thanks to the incredible generosity of N.B. Kenney Company and its employees, many more people affected by Typhoon Haiyan in the Philippines will be able to receive critically needed health care as they recover from the storm,” said Hannah Rael, Direct Relief spokeswoman. “This support enables Direct Relief to send urgently requested medicines and medical supplies to local health care providers treating people most in need.”