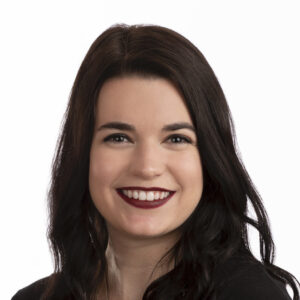 Among Murray’s early projects was a 9/11 memorial in her community that was selected to be brought to fruition.

“Michelle is a welcome addition to our team,” said Miika Ebbrell, AIA, LEED AP, principal. “Her enthusiasm, spirit, and ability to focus on the small details are all critical in helping to deliver great projects for our clients.”

Murray earned a Bachelor of Fine Arts from Endicott College in Beverly with a major in interior architecture and a minor in theatre. Says Murray, “My dream is to be a set designer.”

The base of Murray’s 9/11 memorial is constructed in the shape of a pentagon which is covered in a blanket of artificial grass to commemorate the crash site in Shanksville. Twin towers rise from the base. “I wanted it to be larger than life,” says Murray. “I wanted the towers to stand taller than the average human. I wanted to make a statement.”