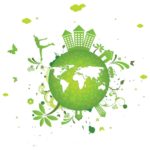 National – High-efficiency windows are becoming a must-have in modern multi-family buildings, according to Andersen Windows’ Jay Sandgren. He says developers that do not include high-efficiency windows in their apartment buildings risk falling behind the competition. Many developers are building apartments with condo-level amenities in anticipation of a market shift from renting to owning. Sandgren says buildings with amenities such as highly energy-efficient windows are more likely to be successfully converted to condominiums. Meanwhile, green building standards are seeing more multi-family developers using higher-quality windows such as Anderson 100 Series Windows made with reclaimed sawdust and recycled glass. Due to this increased demand, Andersen plans to spend $18 million to expand its Bayport, Minn., facilities. More than than half of multi-family development firms currently expect to build at least 15 percent of their new projects to green standards, according to a recent National Association of Home Builders survey, which indicates a steady and increasing demand for energy-efficient windows.