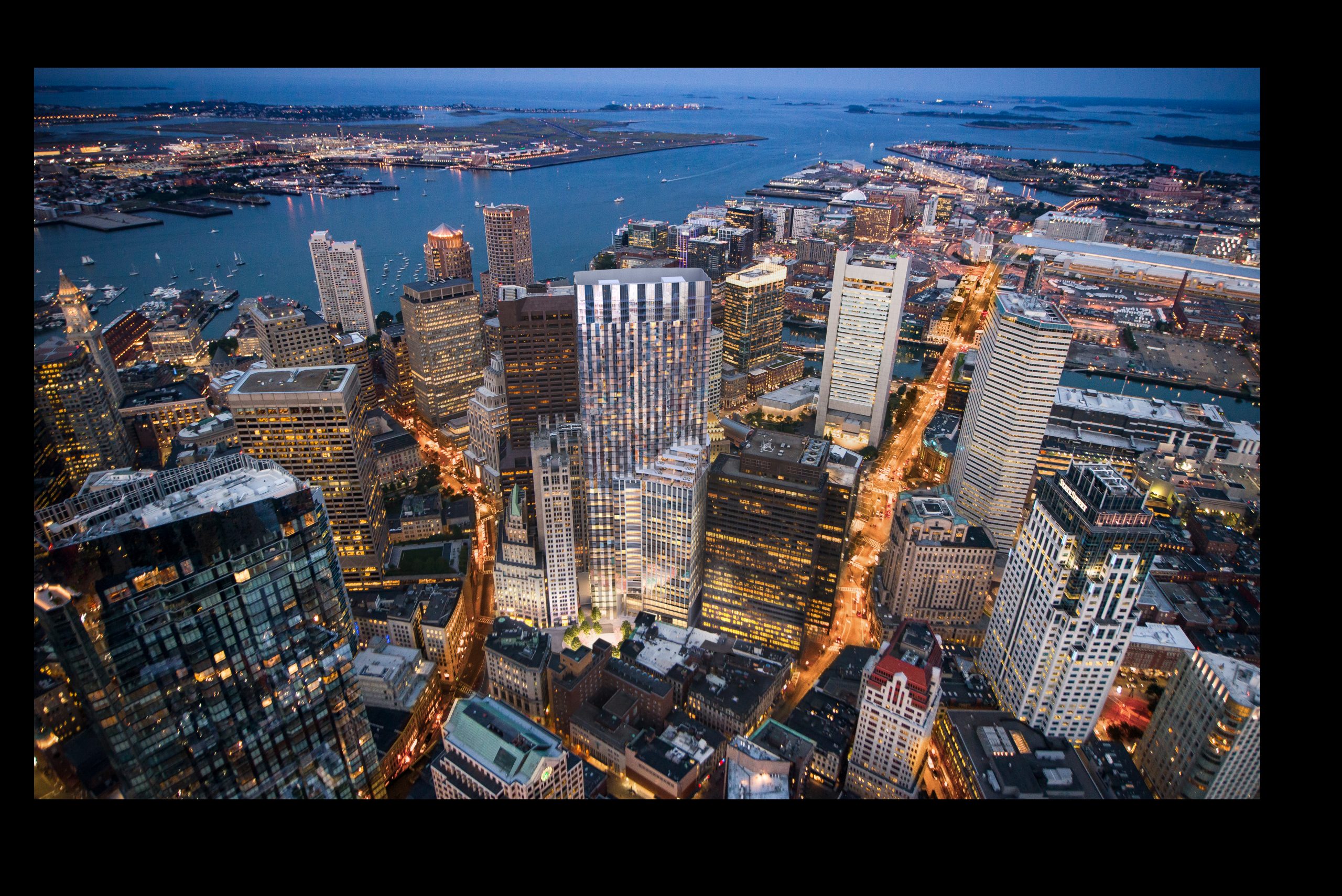 Boston – MP Boston, developer of projects in downtown Boston, and the building trades unions announced the signing of a groundbreaking Project Labor Agreement (PLA) that will cover the development of the forthcoming Winthrop Center, slated for completion in 2022.

The Winthrop Square Project agreement specifically calls for an Access and Opportunity Committee that will serve as the central forum for all parties to exchange information and ideas and to provide advice regarding operations and results. As part of these responsibilities, the committee will assess any and all obstacles to success in achieving maximum inclusion of people of color and women as both vendors and as labor and shall make recommendations for additional efforts to overcome those obstacles.

Through the “Care that Works” campaign, MP Boston will also establish a designated fund to provide advocacy, research, development and implementation of alternative childcare models and childcare subsidies to assist the construction industry, especially single mothers, with the challenge of accessing quality, affordable day-care with hours that support a career in construction unions.

The agreement also supports Helmets to Hardhats, a national, non-profit program that connects retired, reserve and transitioning active-duty military members to skilled training and career opportunities in the construction industry.

“This agreement goes to the heart of what the building trades unions seek to promote: increased opportunity and equity for all workers in the construction industry with careers that strengthen our communities,” said Brian Doherty, general agent, building trades unions. “The work done at Winthrop Center will result in positive generational change and new careers for countless residents and families. The establishment of formal union protections across this jobsite mean that equitable wages and working conditions are not just promised to workers – they are guaranteed in the form of a union contract which is further bolstered by the overarching project labor agreement. Family-supporting wages and benefits, pay equity, access to the very best training, workplace protections, and a voice on the job, happen in too few workplaces, but they will happen at Winthrop Center with this agreement. We have a dual mission: to make every job a good job, and to make sure everyone has access to them, and this agreement and partnership with MP Boston advances that mission.”

“This agreement advances inclusion throughout the construction workforce and reflects our shared commitment to improving opportunities for all of Boston’s residents,” said city of Boston Mayor Martin J. Walsh. “I thank MP Boston and the building trades unions for this forward-thinking pact that builds on our inclusion-focused efforts for this project, and across development in Boston.”

Over the past decade, MP Boston and the building trades unions have worked successfully to increase diversity and Boston resident hiring in the local construction industry.

For the building trades unions, that has included innovative programs like Building Pathways, among others, which have led to major increases in women and people of color achieving life-changing careers in the union construction industry.

Building trade unions have created a host of partnerships with nonprofit organizations, community organizations, high schools, and career centers, while also updating their means of communication to intentionally recruit workers from Boston neighborhoods to join their ranks.

“This Project Labor Agreement further affirms MP Boston’s leadership role in fostering an inclusive industry culture and advancing its goal to make Winthrop Center a project for all of Boston,” said Kathleen MacNeil, principal at MP Boston. “The agreement will usher in key resources to help train and employ Boston residents through cutting edge union apprenticeship programs, including people of color and women. The agreement will also incentivize and advance the utilization of minority-owned and women-owned business for contracts at Winthrop Square.”

Project Labor Agreements have a proven track record of projects being completed on-time and on-budget, and are an important tool to increase equity and inclusion on construction projects.